When the cart moves, it makes music. It’s a combination of the horse’s hooves, the wheels on the cobblestones, and the tinkling of the “cassa di fuso.” Every cart is a masterpiece. It’s the fruition of three types of ancient crafts – and these jobs no longer exist. There are no more iron mongers; there’s just one workshop where carts are made; and we are the only one who can customize the different types of traditional artwork. It takes all of these elements to make the magical music of the cart.

Initially, carts were covered with paint just to protect them from the weather. Then they began the process of creating precious carvings into the wood. Stories of paladins, knights and saints appeared in bright colors on the surfaces of the cart. 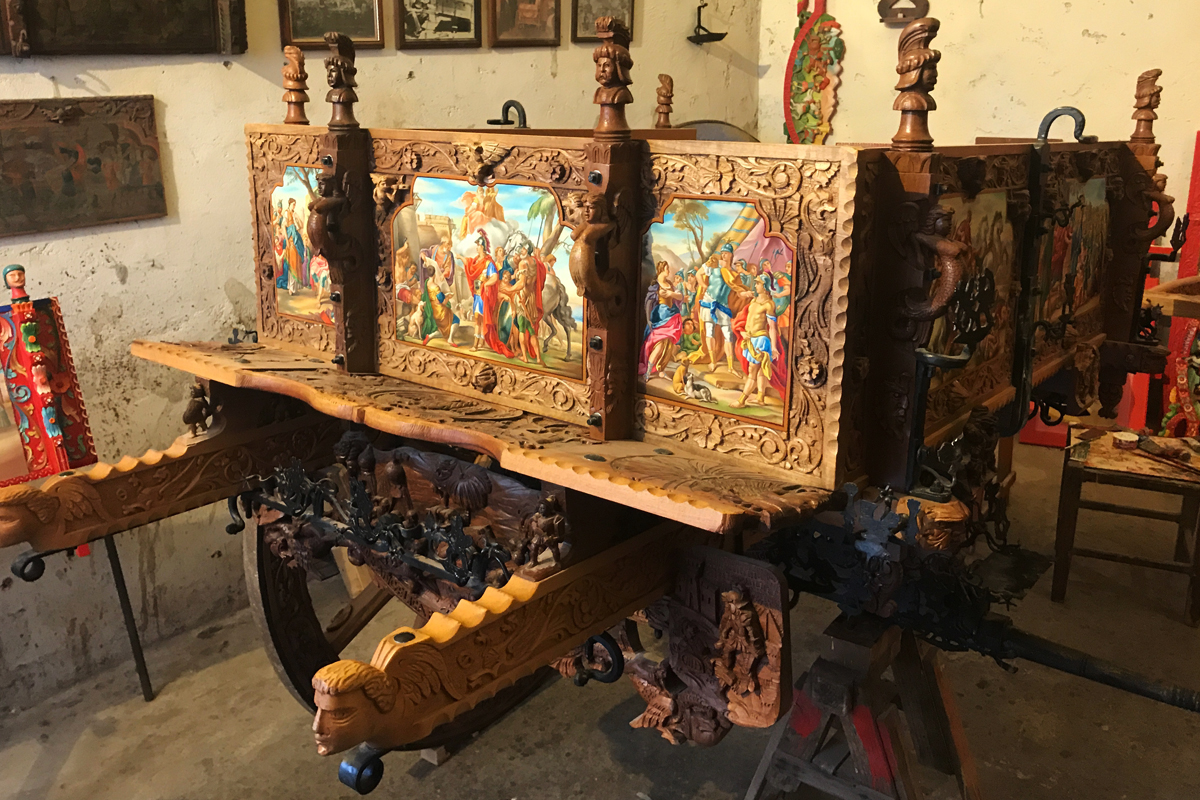 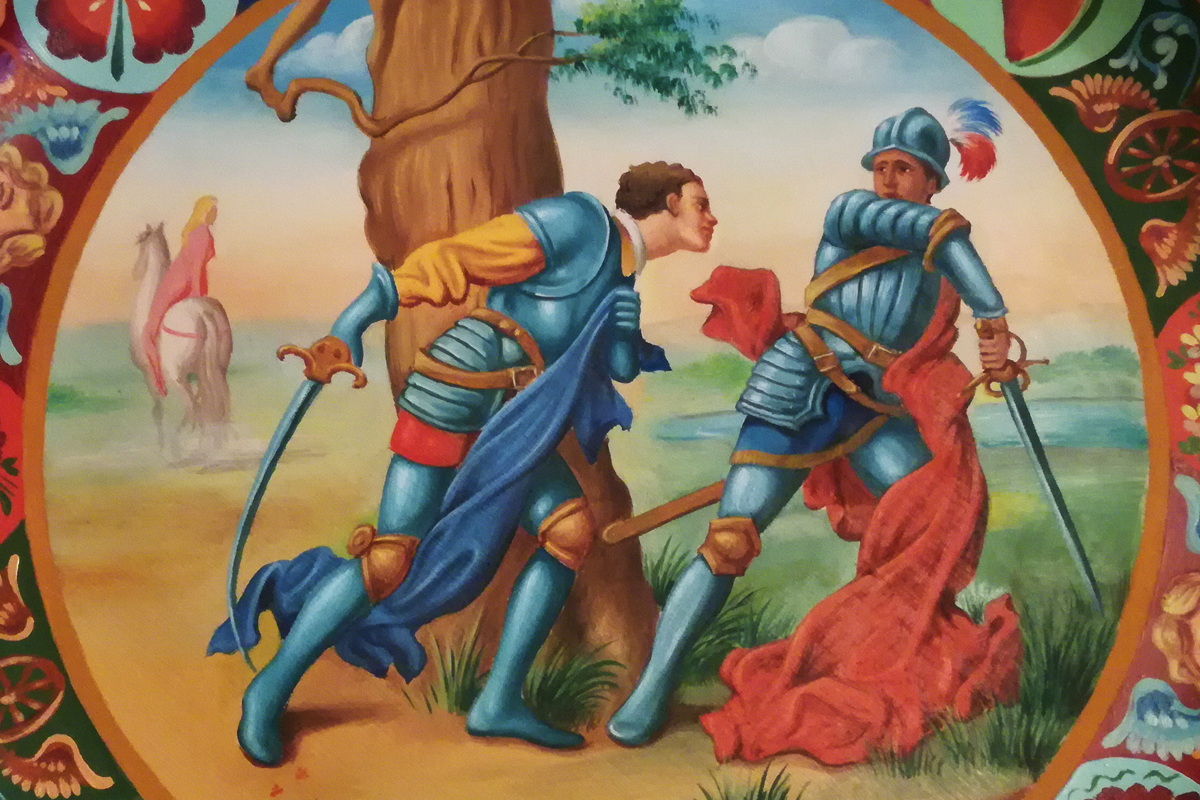 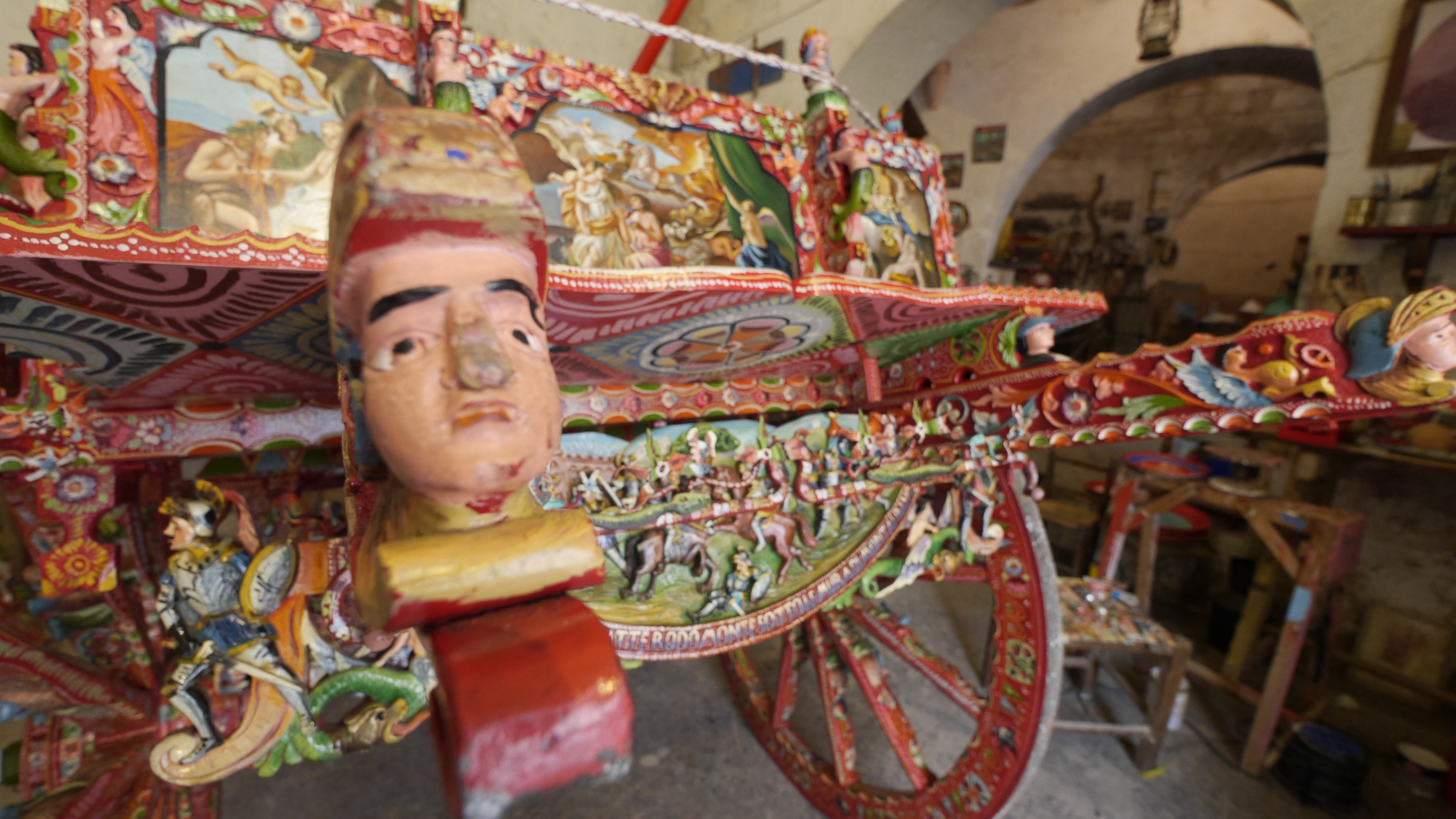 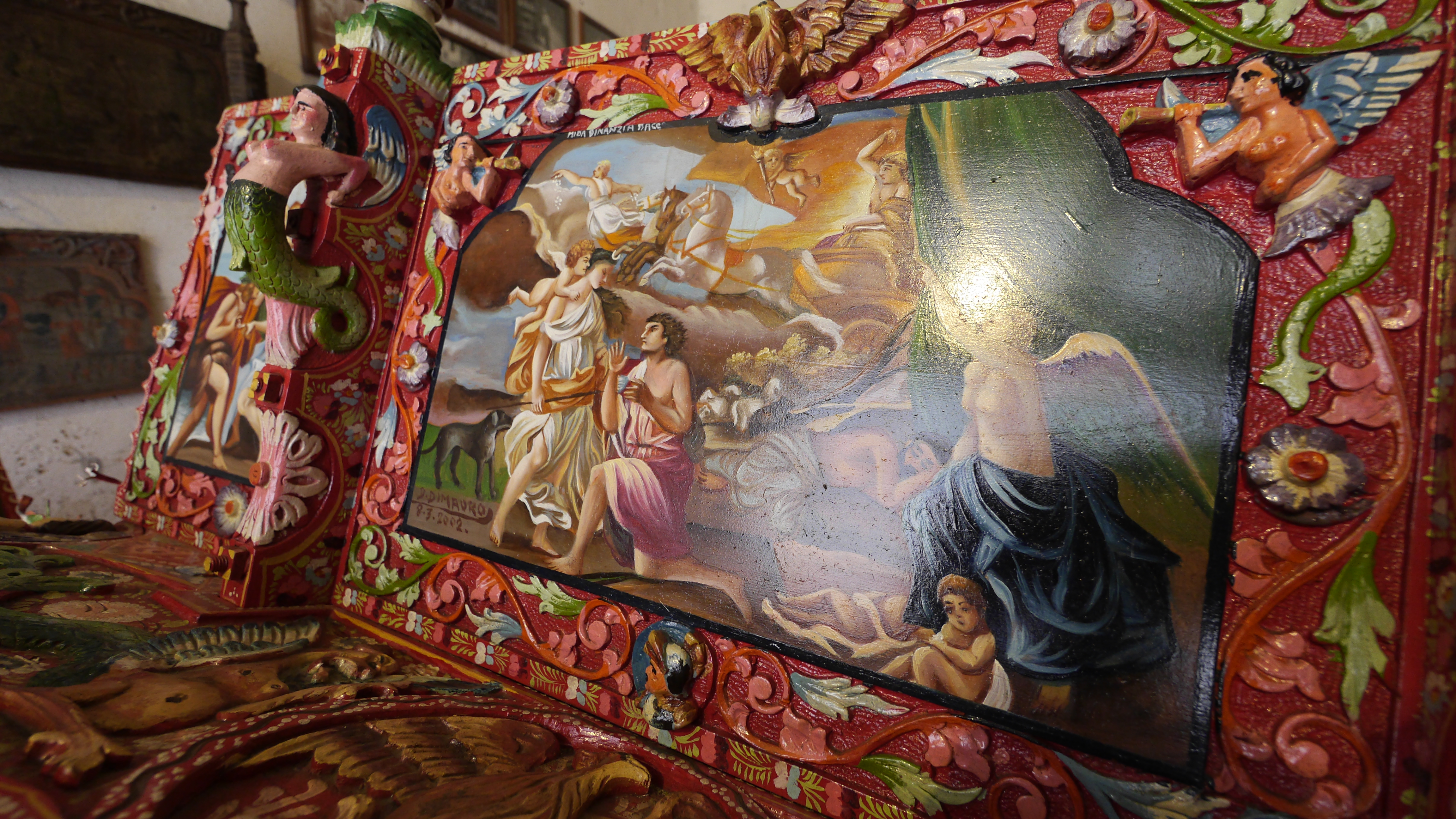 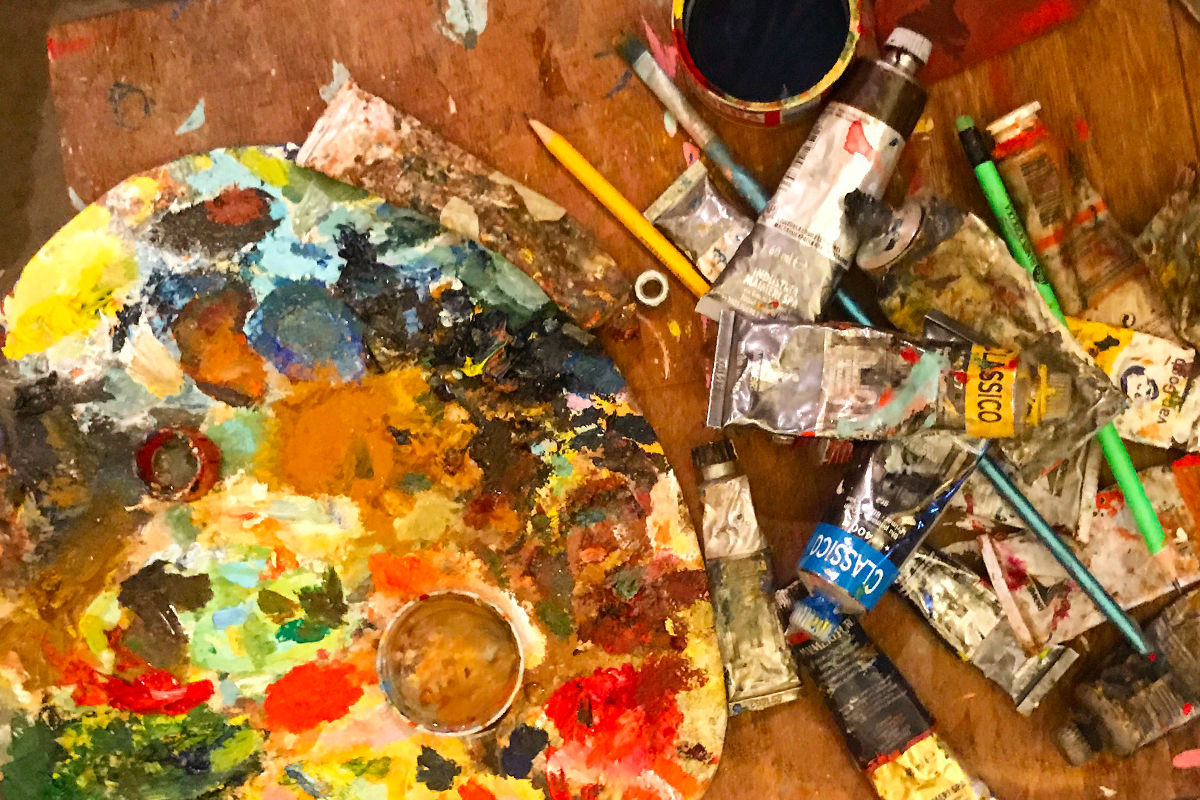 This tradition used to evolve through different styles of painting over time, handed down from one generation to the next. Nowadays, it’s still alive in a few small craft workshops scattered around Sicily, such as the one run by Damiano and Biagio. Their workshop is in a hollowed-out cave, dug into the typical calcium-carbonate stone so typical of Ragusa Ibla. 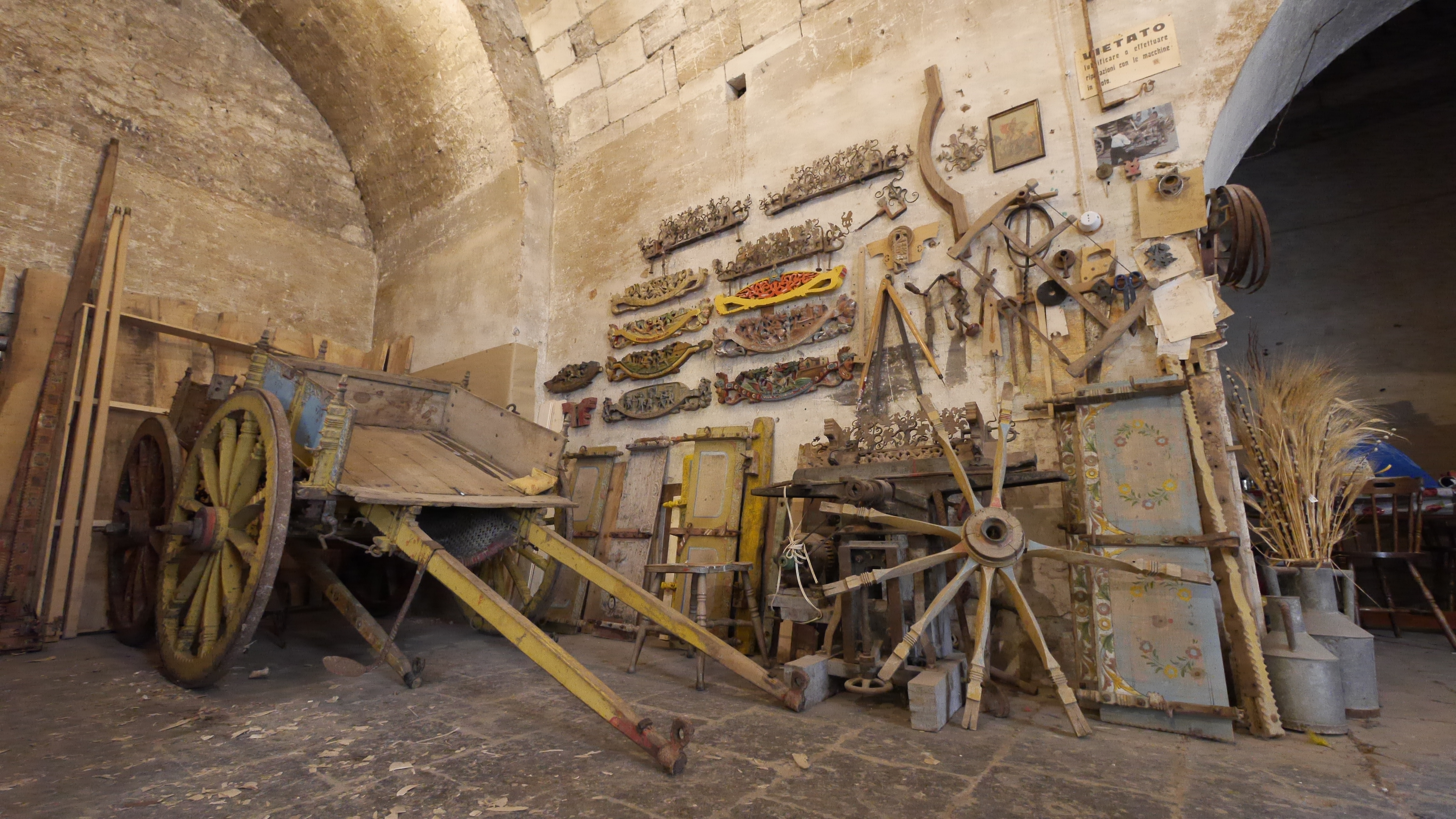 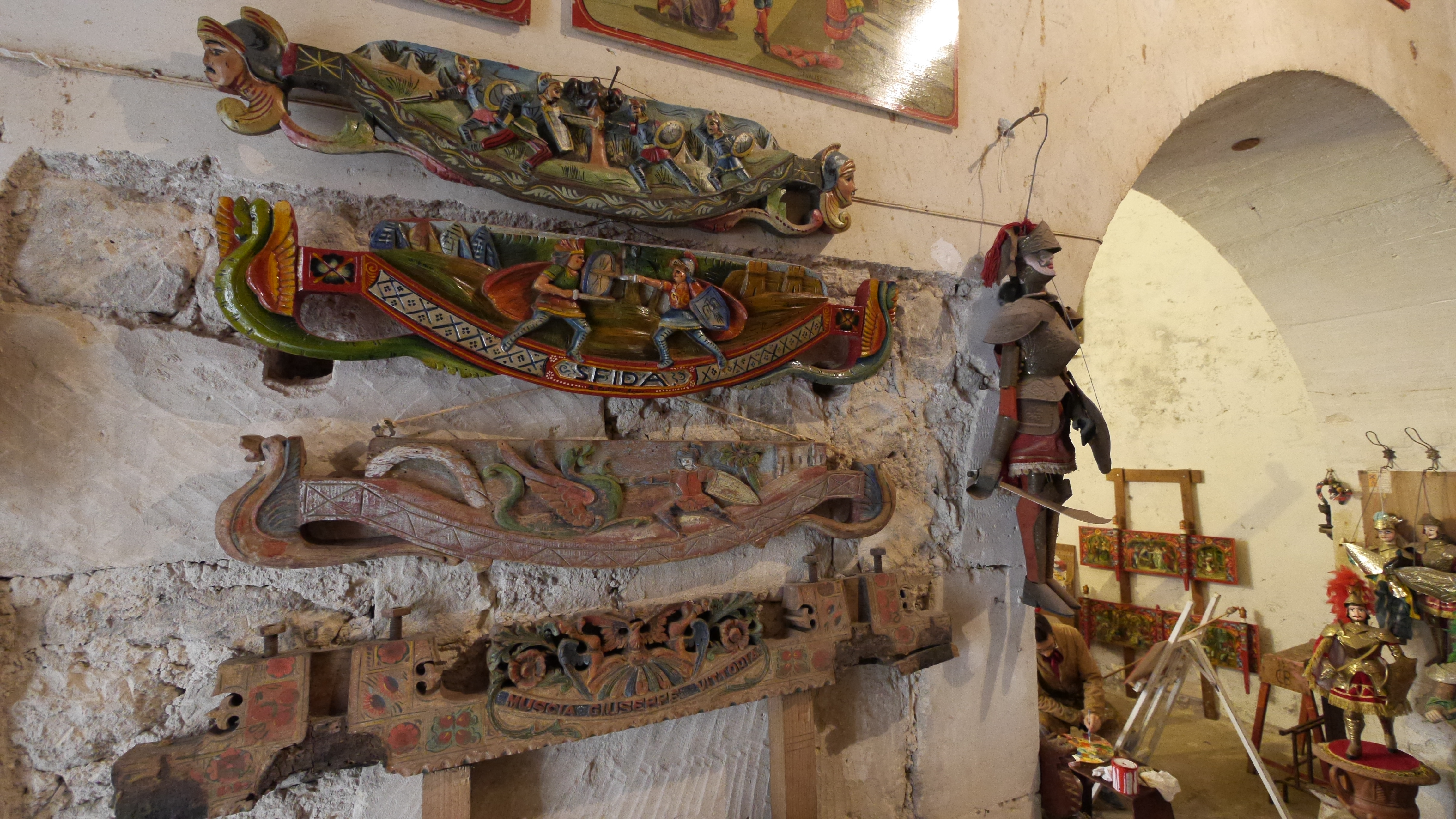 I’m here to preserve our heritage. When carts were still being used, painters left their mark – and that’s how different styles developed. These days, the cart is part of our tradition, and as such it should be preserved.
My creativity doesn’t manifest through a personal style, but it consists in having a good knowledge of all the possible ingredients, and then creating the perfect balance. I’m a custodian, and proud to be one.

Time stopped in the 1920s at Rossocinabro, which is when carts reached the height of their popularity. Damiano and Biagio are dressed fashionably, in accordance with trends from the beginning of last century. Their workshop is livened up through the songs that were also popular at that time. 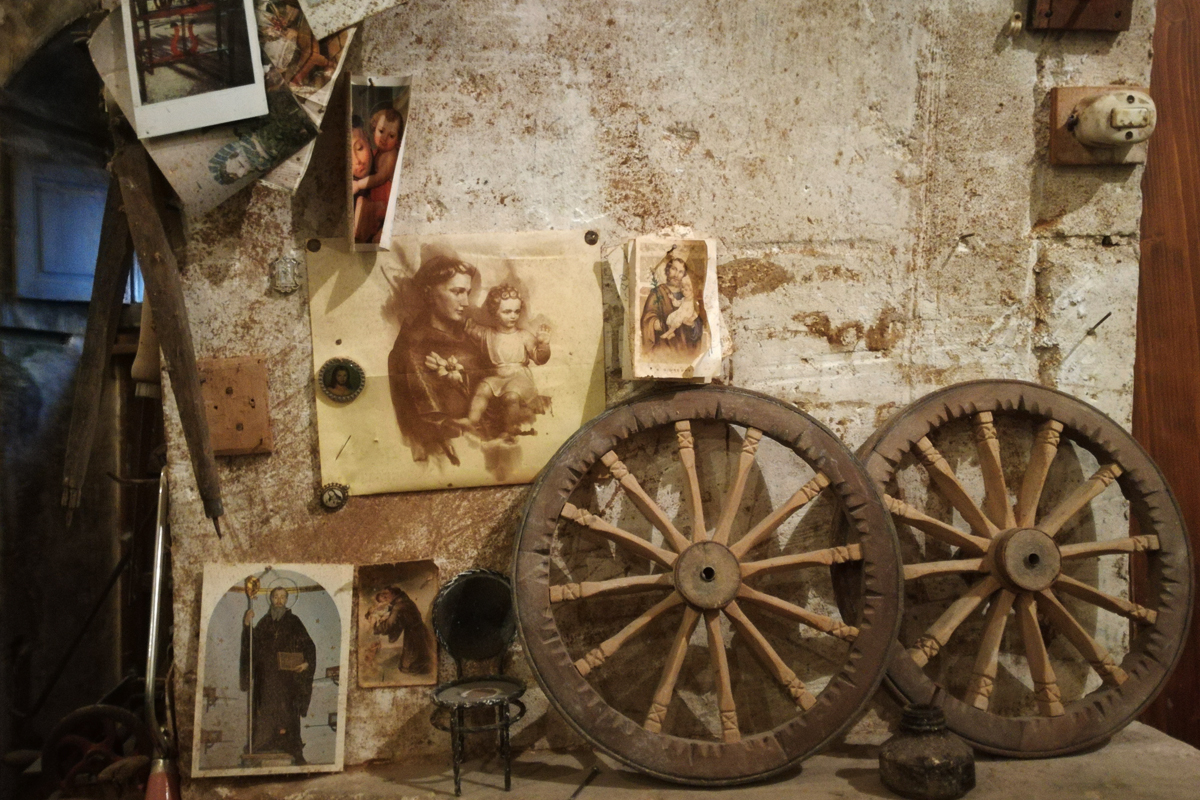 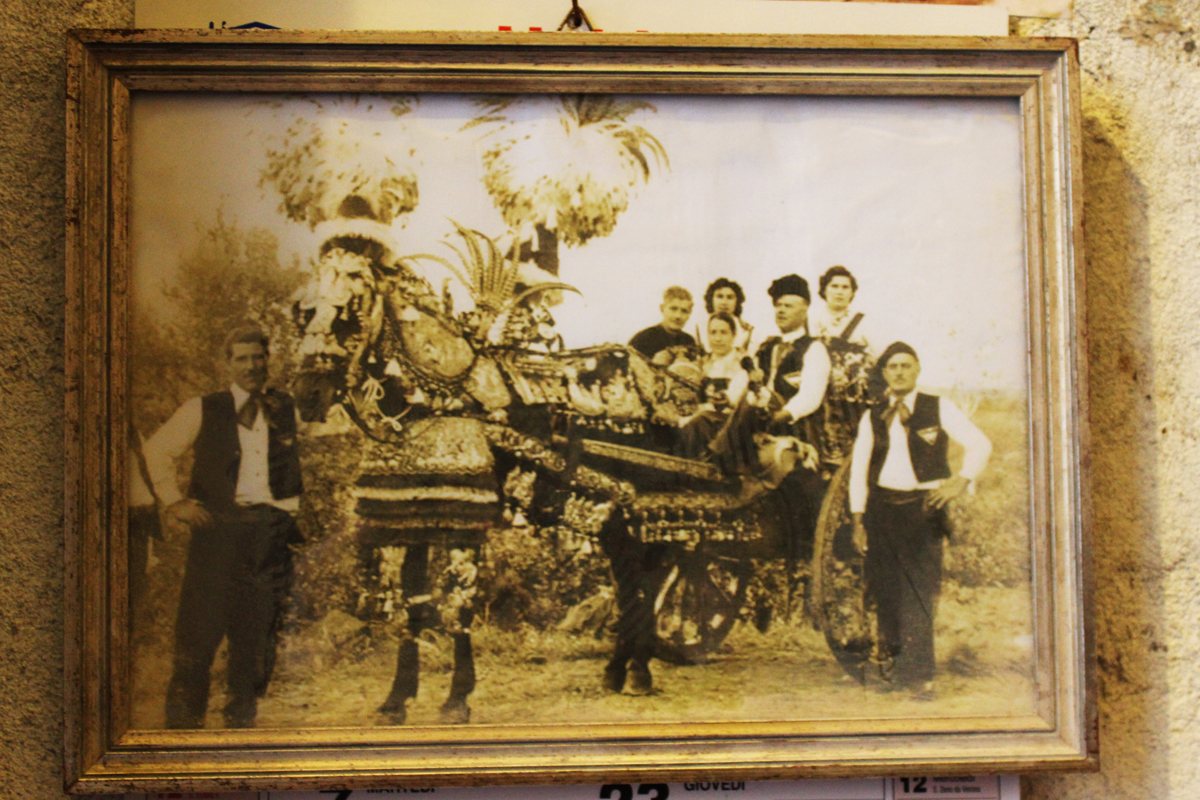 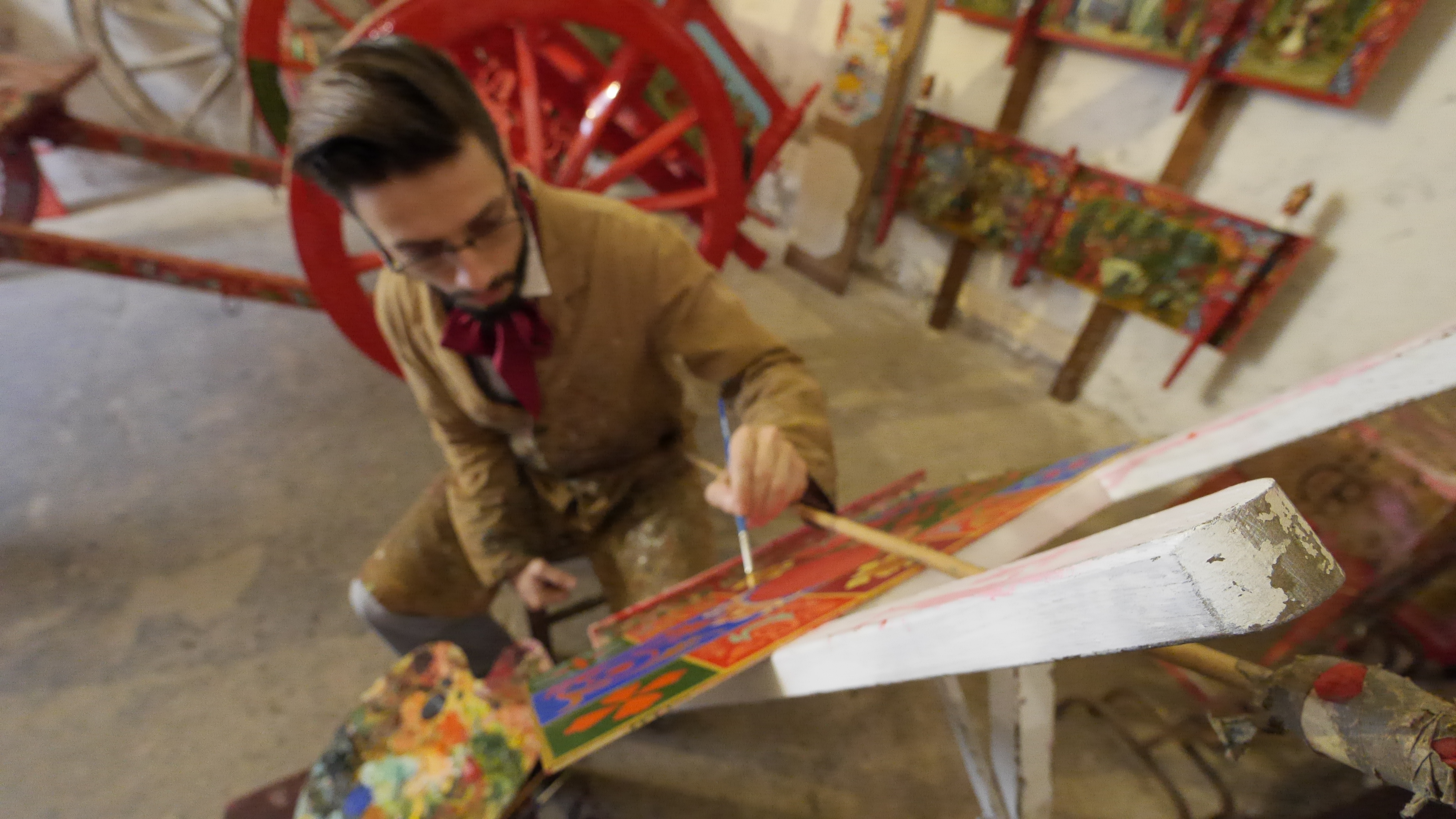 That’s not the only historic aspect of the workshop. The traditional production is respected through the use of paints and solvents from the past, and there is no plastic. It’s replaced by long-lived metal and bamboo.

The lathe is from the past as well, and, being foot powered, it doesn’t consume any energy. In the winter, the space is heated with a brazier. 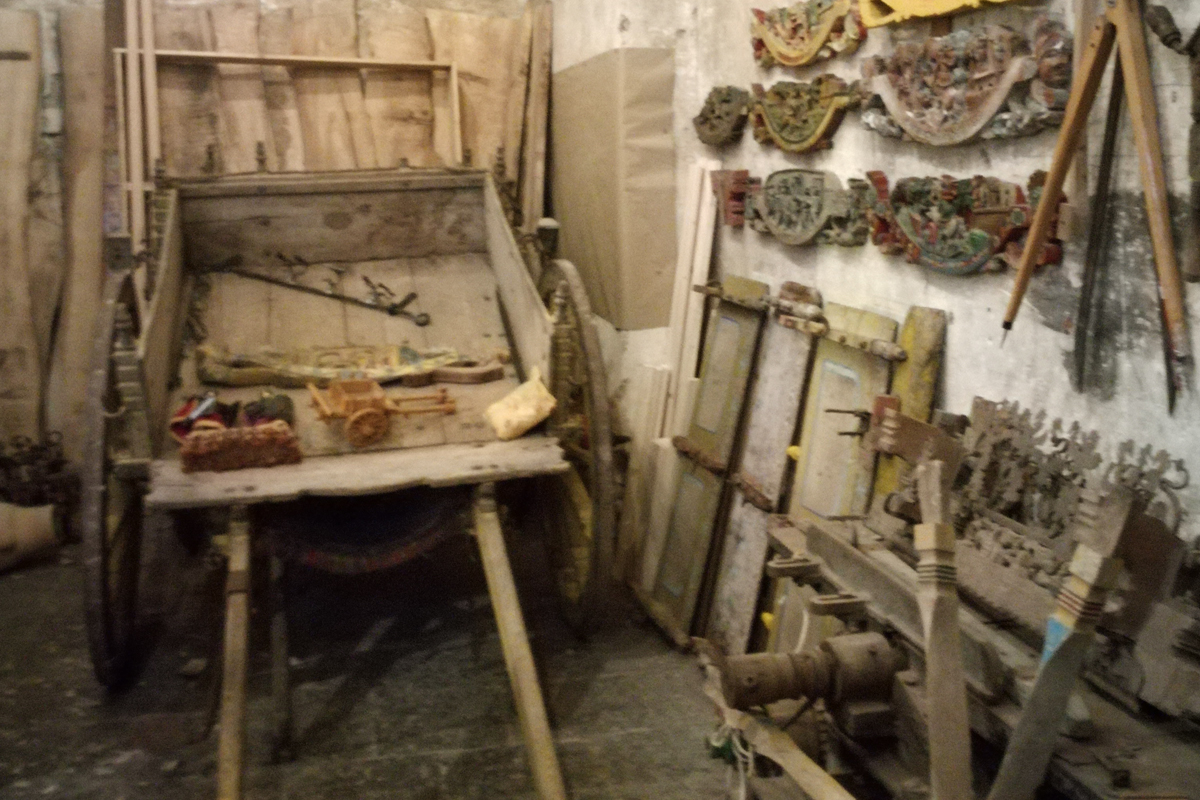 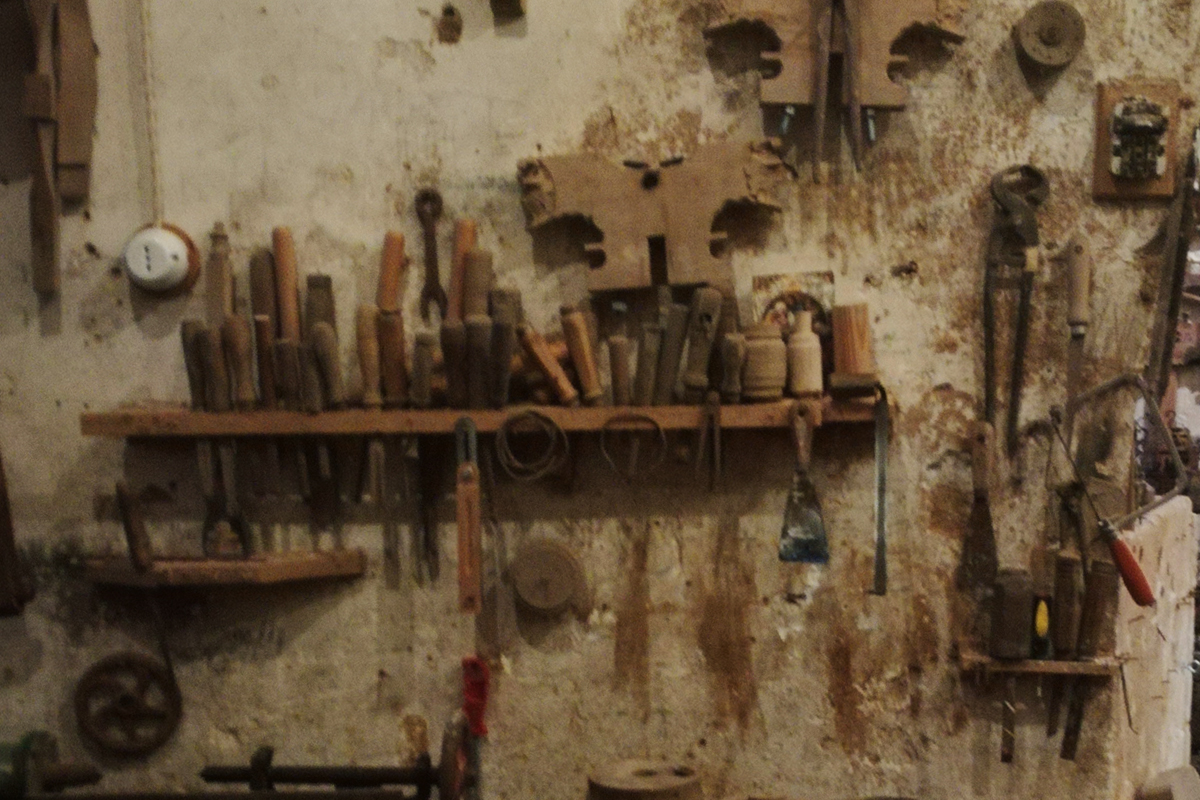 Following the ancient methods not only allow them to be faithful to the tradition of cart making, but also to consume less energy and reduce their production of waste, since production scraps are always transformed into something else. In the past, nothing was left over.

The challenge is stopping time, making room for the past in the present. However, the hardest task is educating people to the difference between an artisanal product and an industrial one. Craft products are unique; they express years of expertise. In contrast, industrial products are standardized and short-lived. They break earlier than crafts and, as they do, are quickly thrown away and replaced by new ones. Fighting this impermanence is my everyday battle.

Biagio and Damiano are true craftsmen. They don’t use ready-made stencils or prints, but they paint each square centimeter by hand. Slowly and conscientiously.

Here we create everything manually, which is also a way to consume less energy. People are no longer used to making things with their own hands. But it’s fundamental. Otherwise, we’d know everything without being able to ‘do’ a thing. Creating is also essential for us as human beings. We’ve always longed for connecting our name to something that lives longer than us. It can be a piece of artwork, or even a child. For me, it’s a cart that pleases my ancestral need. 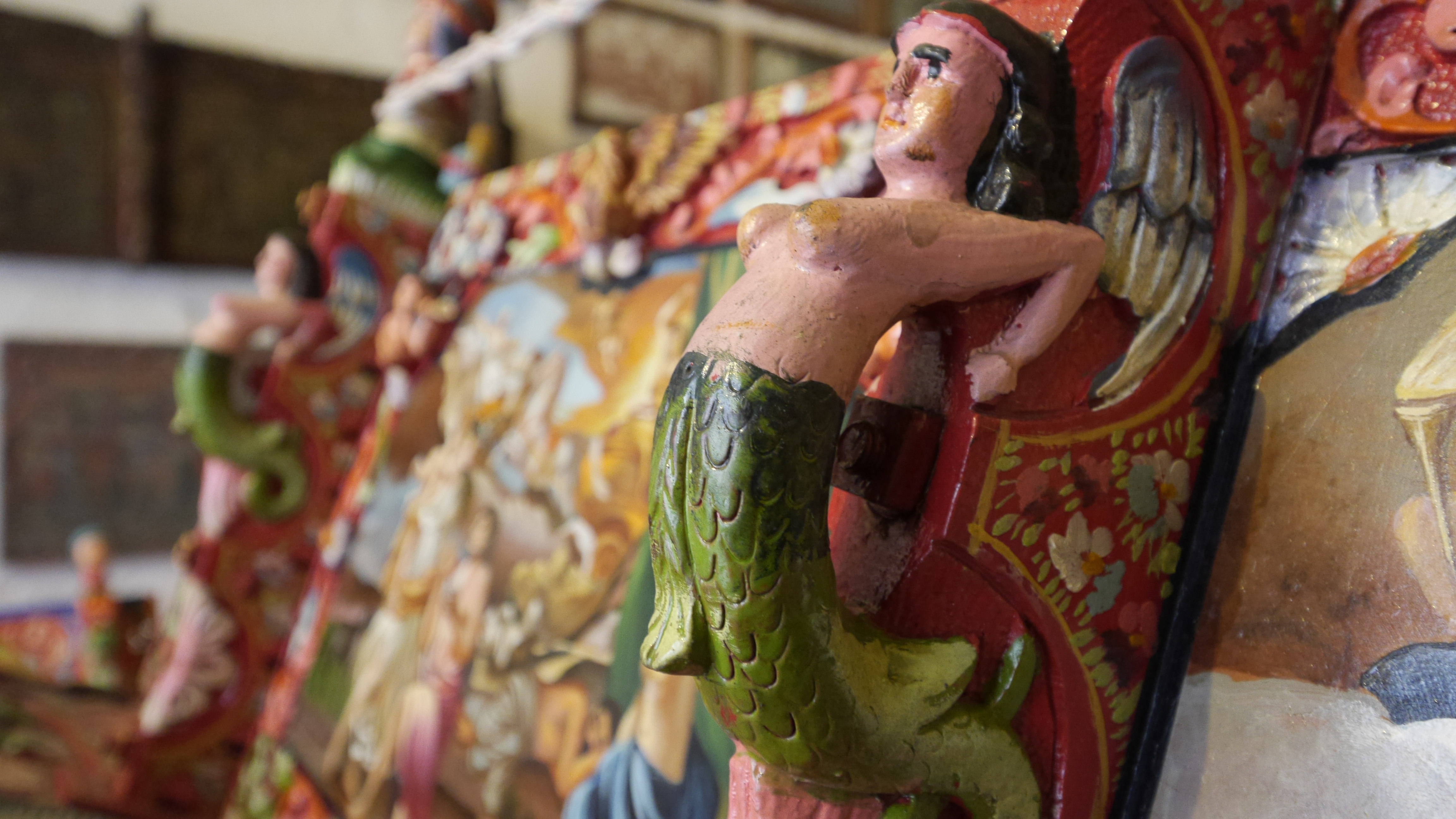 Rossocinabro is a Consumeless Companion because they believe that it’s important to preserve cultural traditions and return to producing in a more sustainable way.