The OVO ‘Hood Boys: Peppe and Marco, Developers of Synergies

People have always assumed that two similar businesses are competitors. When we began working ‘in synergy,’ at first between our two businesses, and then broadening our network to the whole neighbourhood, everybody thought we were crazy.

They’re the same people who think I’m an imbecile for not weeding out spontaneous plants from my garden. The truth is, it’s the diversity that helps plants defend themselves better against diseases.

That is synergy. And synergies are essential, both in gardening and in urban developing.

In Peppe’s experimental synergistic garden, companion planting and groups are fundamental. The cooperative action of two different species, planted next to each other, is similar to the cooperation between their two businesses.

Prima Classe and Delicatessen are neighbors. The collaboration between their businesses reduces their efforts and the expenditure of energy – which is one more way of being ‘consume less’.

The neighbourhood where we operate is like an ecosystem: we consciously designed it to keep it developing through its own synergies.

I’ve planted the same seeds, on the same day, into two different gardens. One was classic and one was synergistic. That’s how I learnt – through evidence – that synergies are better. Maintaining the soil microclimate is an example. 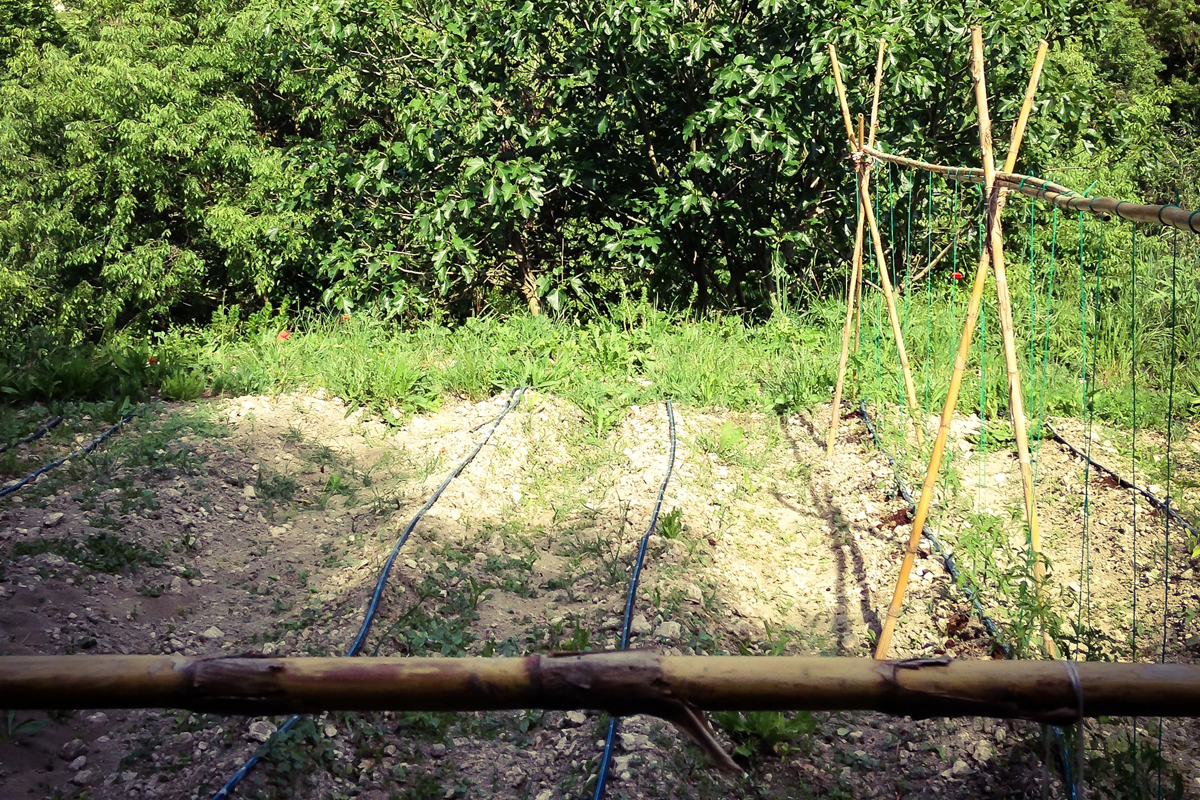 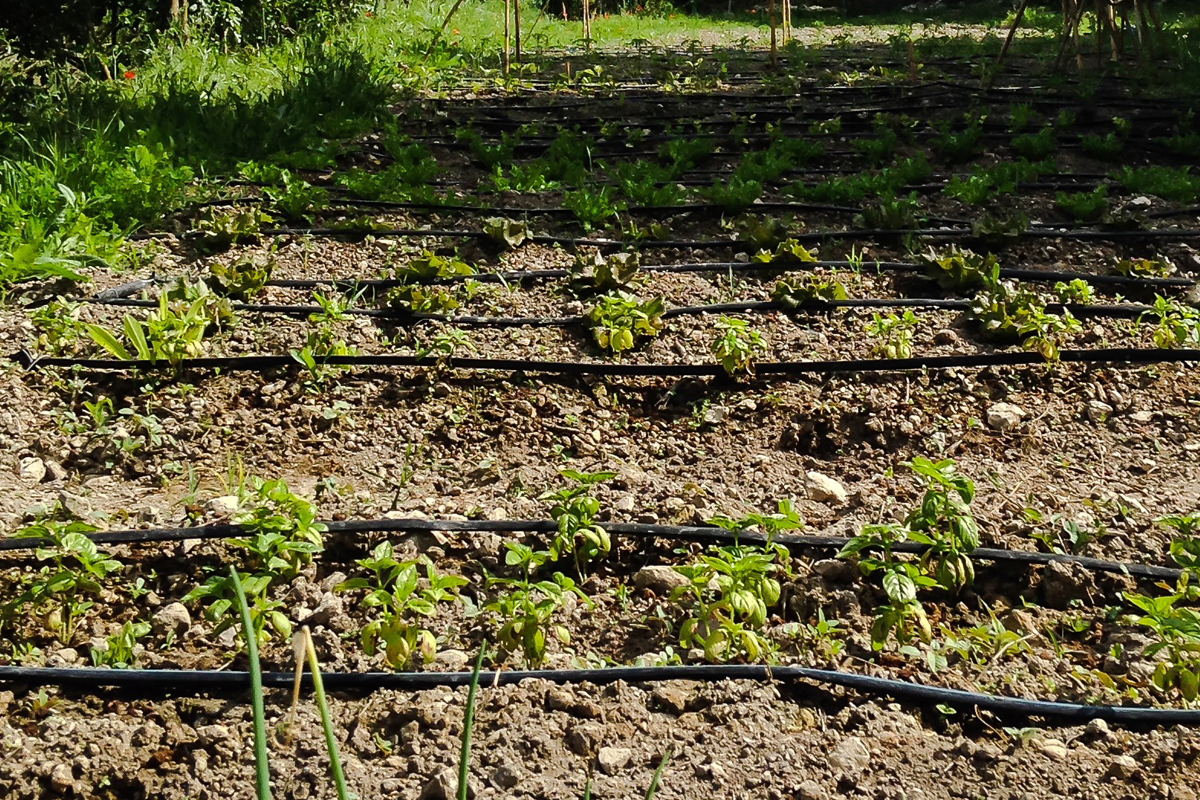 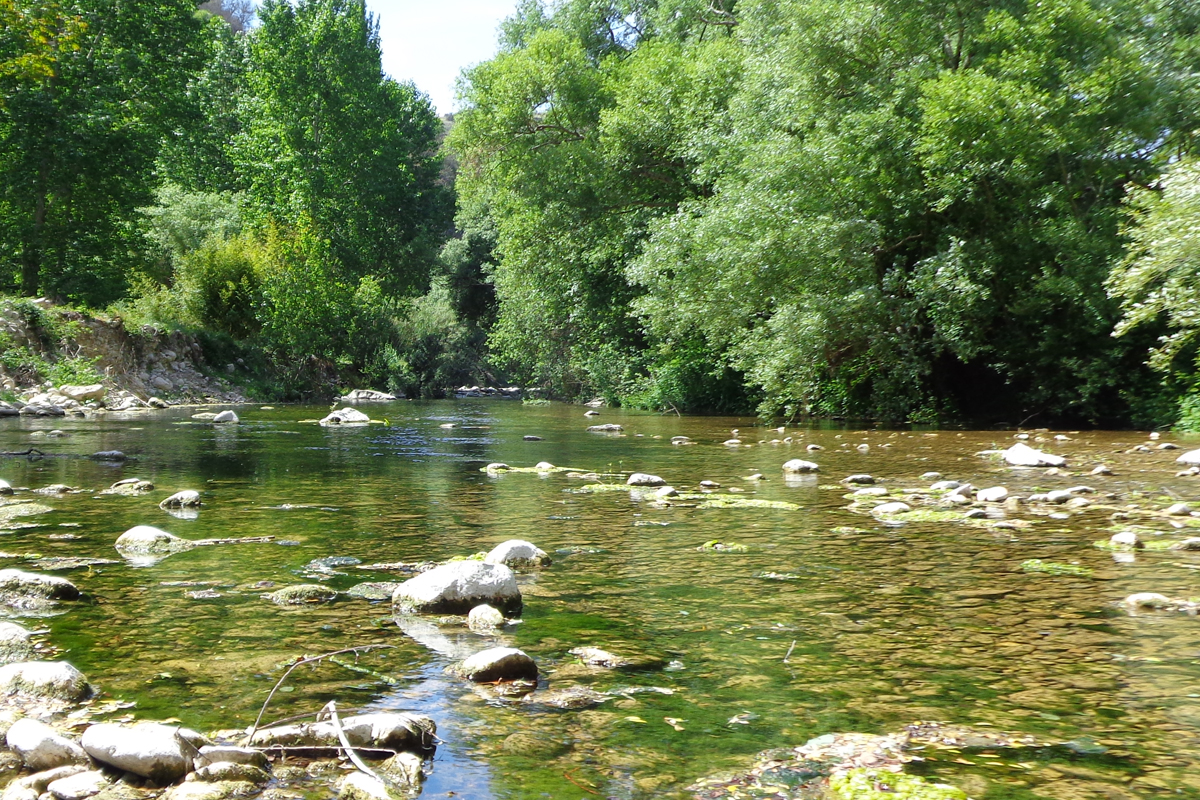 The combined action of two different plants in a synergistic garden also means that they provide each other with something needed.

Likewise Marco, through his shop Delicatessen, manages most of the relationships with local suppliers. Peppe, on the other hand, has a well-equipped kitchen in his Prima Classe, so he is the one preparing the most elaborate foods for both businesses.

Depending on the situation, they can either be suppliers or customers – of each other. 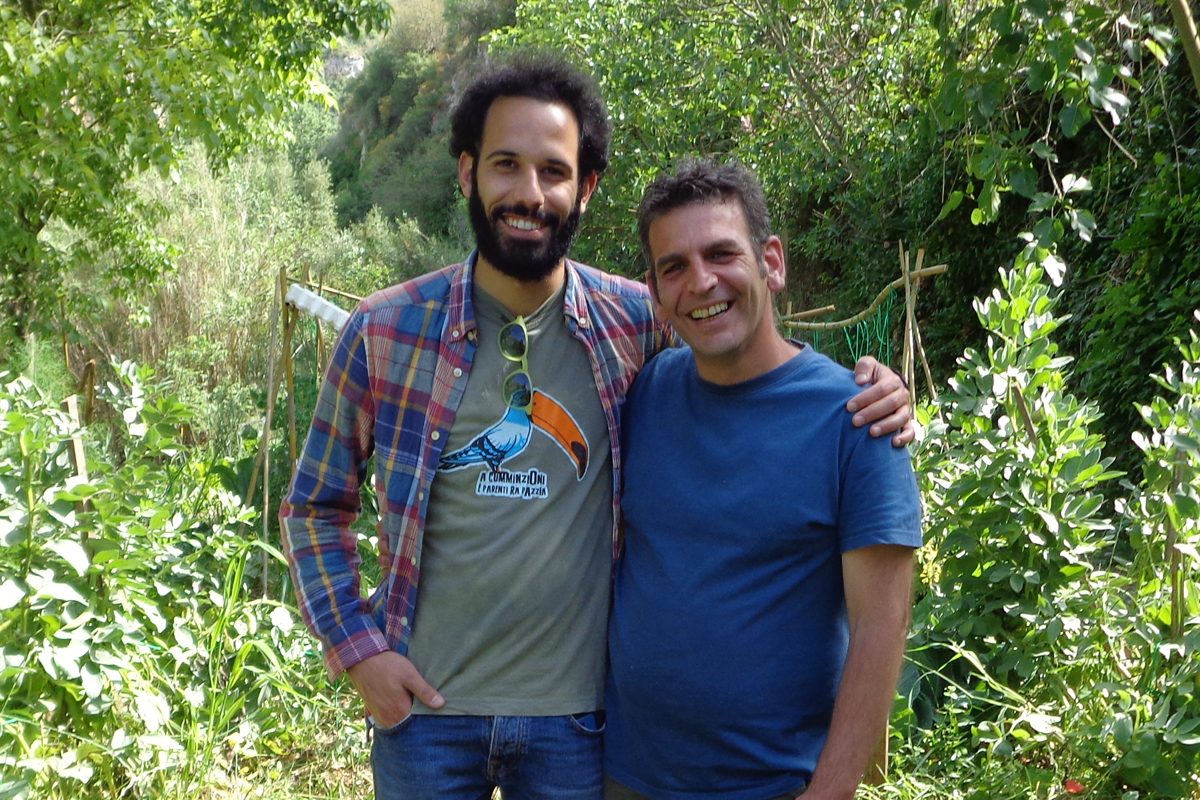 Peppe’s synergistic garden, which uses organic waste as fertilizer, created another synergy that arose between his restaurant and the garden.

The unique synergy is the cultivation of mushrooms, where Prima Classe’s coffee dregs are put in small bags and hung inside a cave. They then serve as fertile ground for the mushrooms. 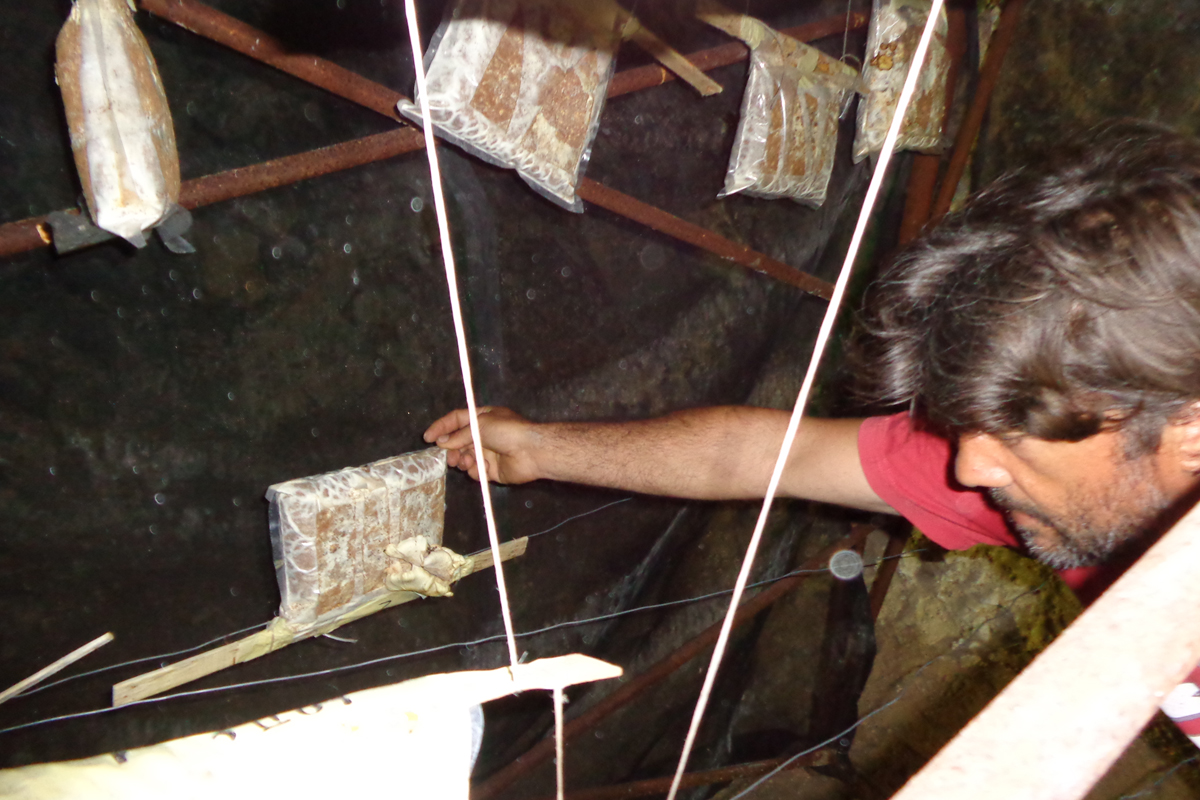 Not just the coffee dregs, but all of Prima Classe’s organic waste is reused to fertilize Peppe’s garden. He maintains it according to synergistic gardening principles: he doesn’t use pesticides, manures or other fertilizers. It keeps the soil healthy.

The generation before us believes that chemical fertilizers are essential to gardening. This isn’t true. Vegetables might grow smaller, but you can still eat them – and they even taste better.

Human beings are irrational. They poison their own food, and are willing to spend a lot of money on upgrading their phone – but not a little for healthier nutrition. 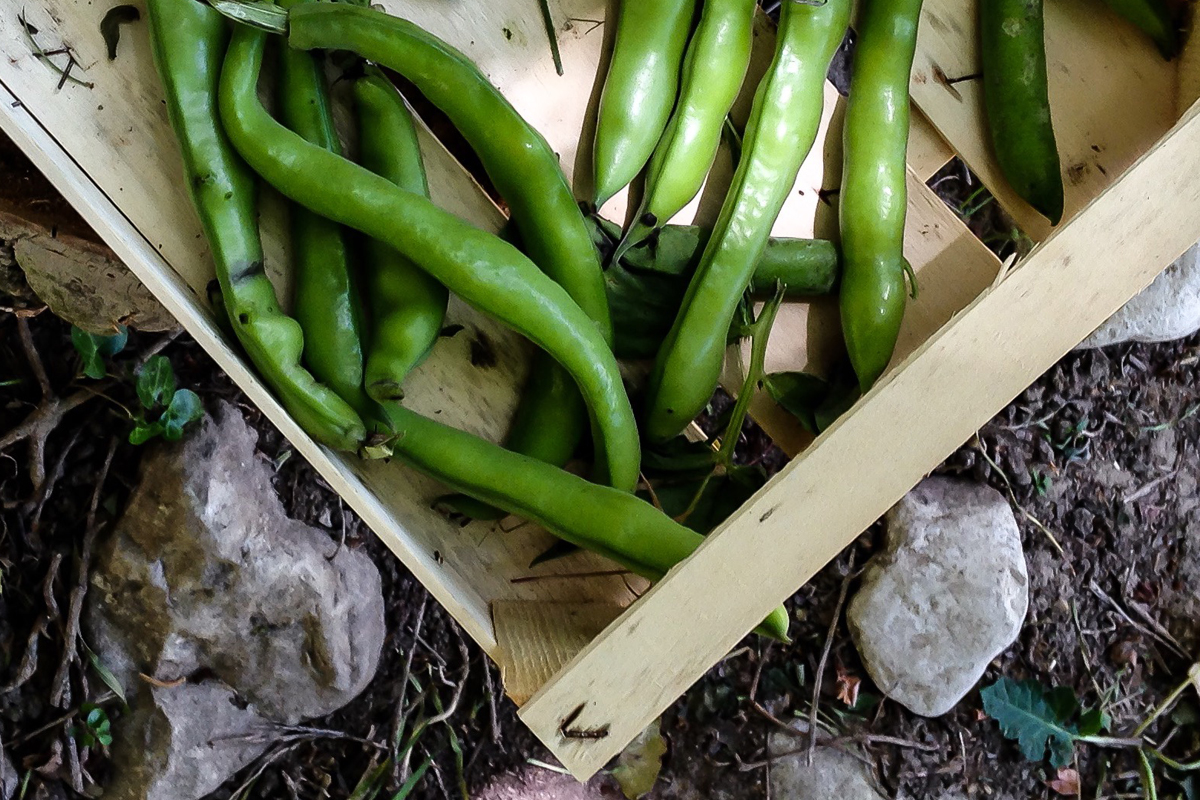 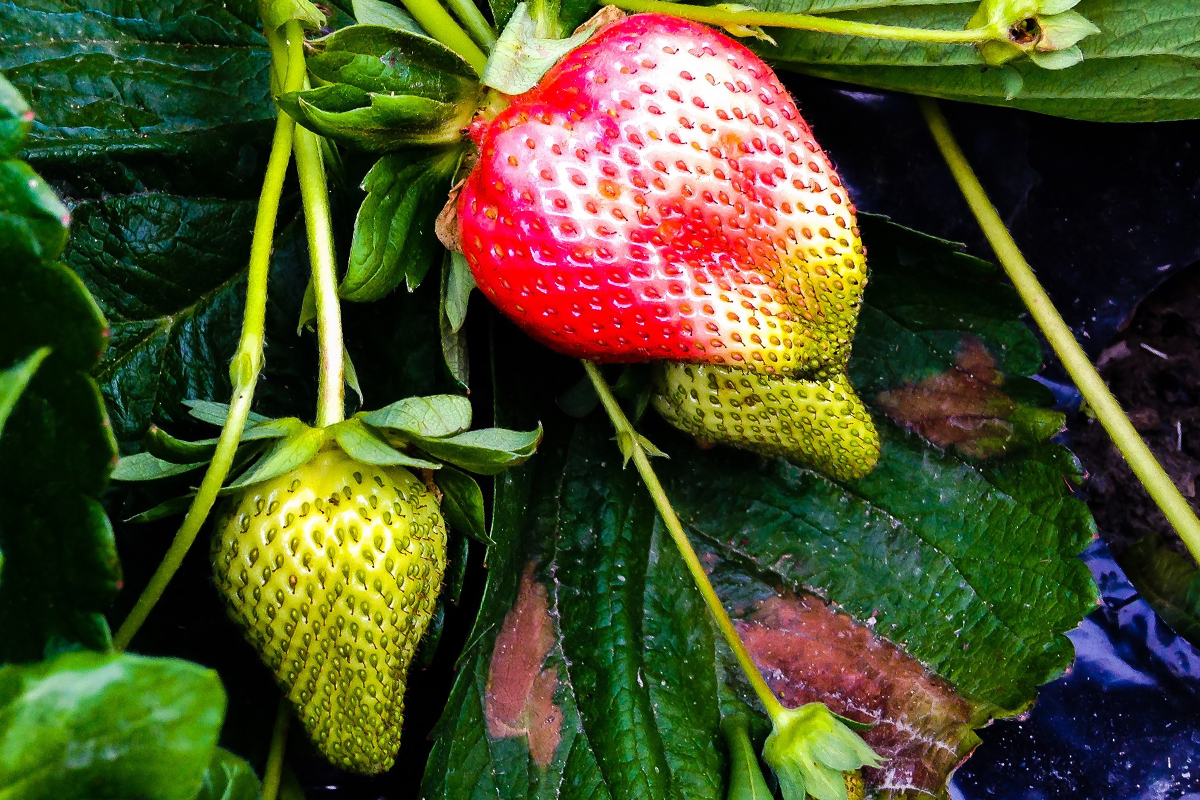 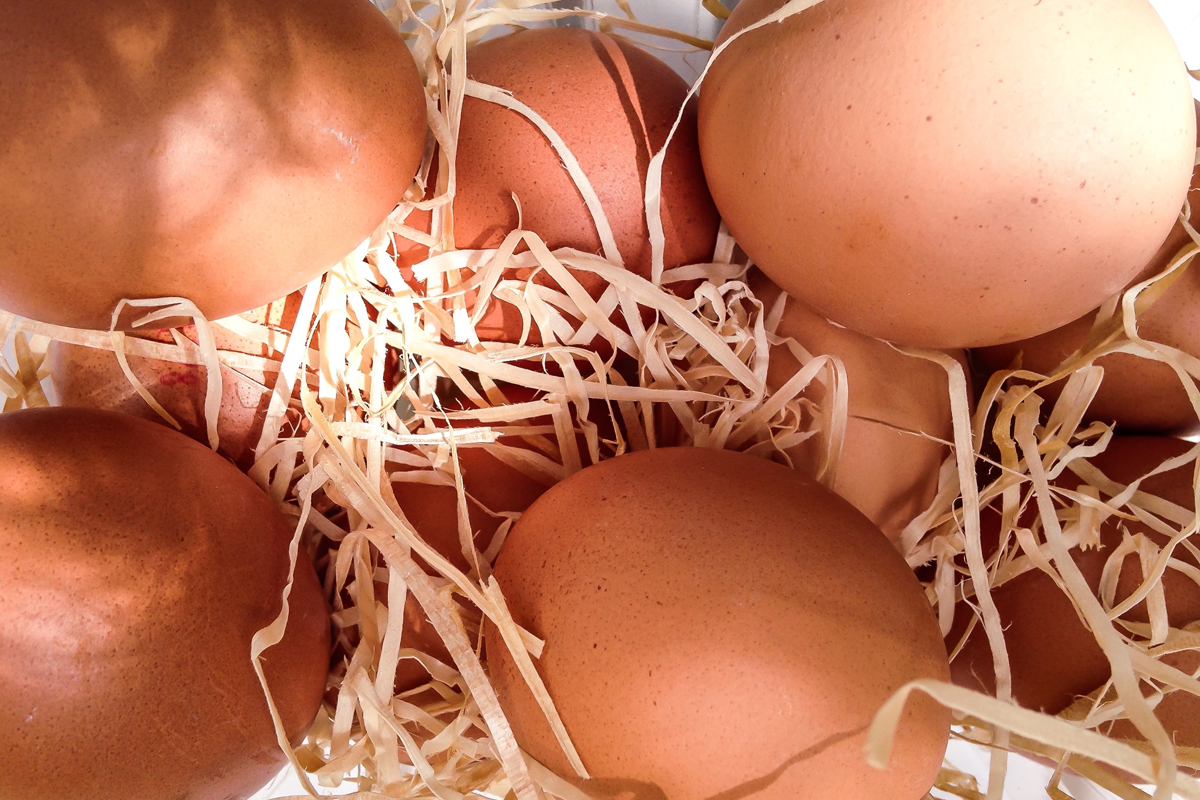 Working in his experimental garden, Peppe has proven that synergistic gardening not only works better, but it also grows healthier and tastier foods.

I’m not just a manager of Prima Classe, I come from a family of restaurant owners. And from this life-long experience, I’ve learnt that the quality of ingredients is very important.

I like to see with my own eyes where the plant grew, or how the animal was bred. 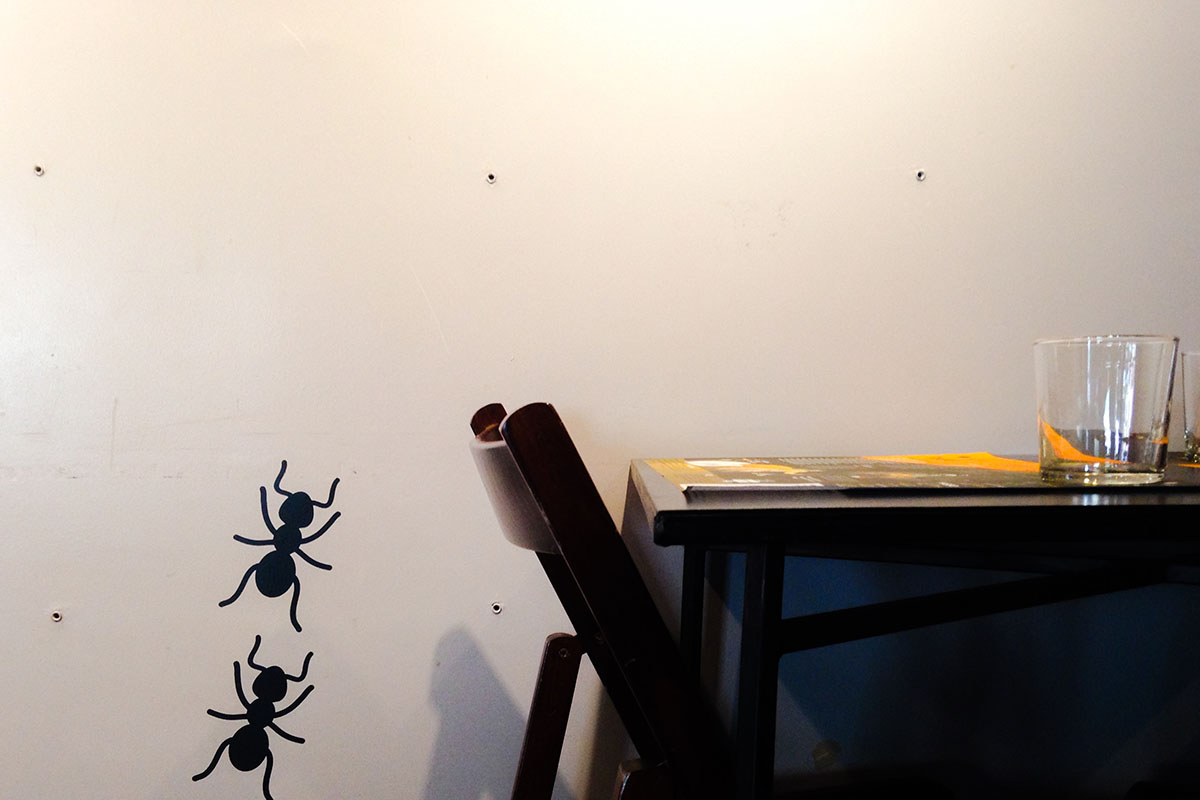 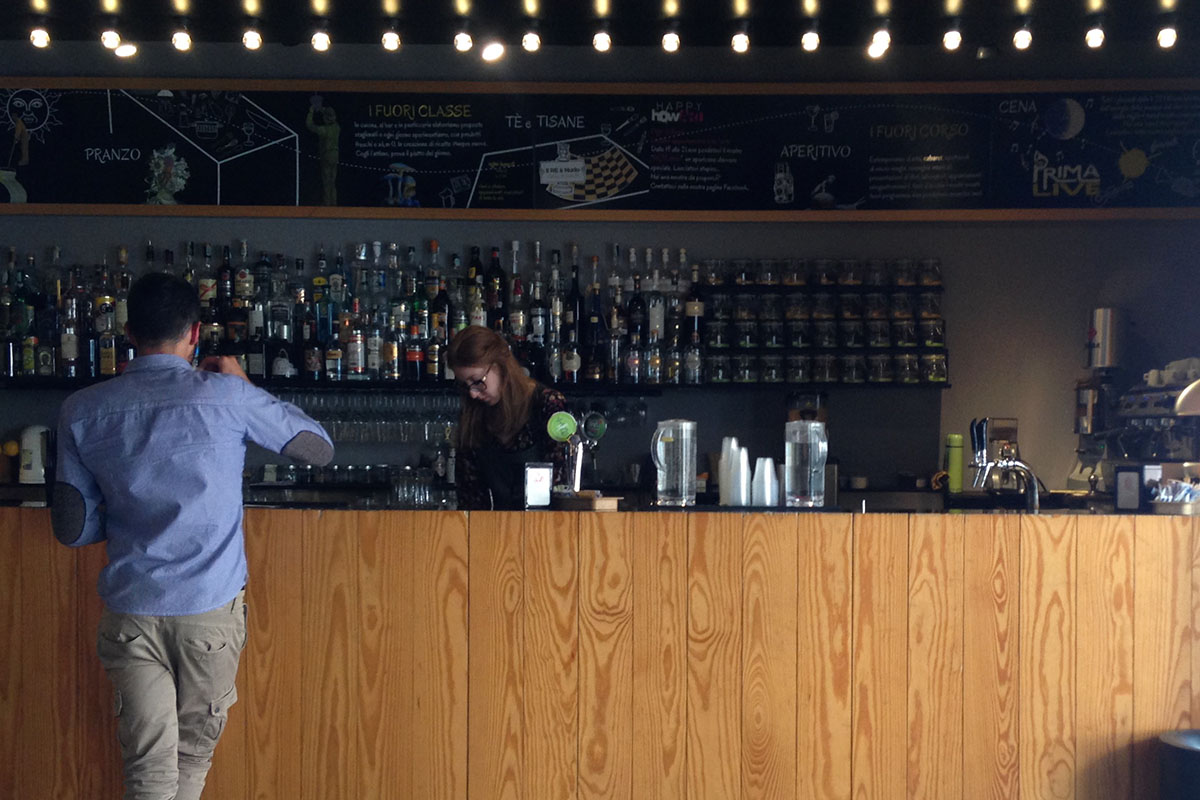 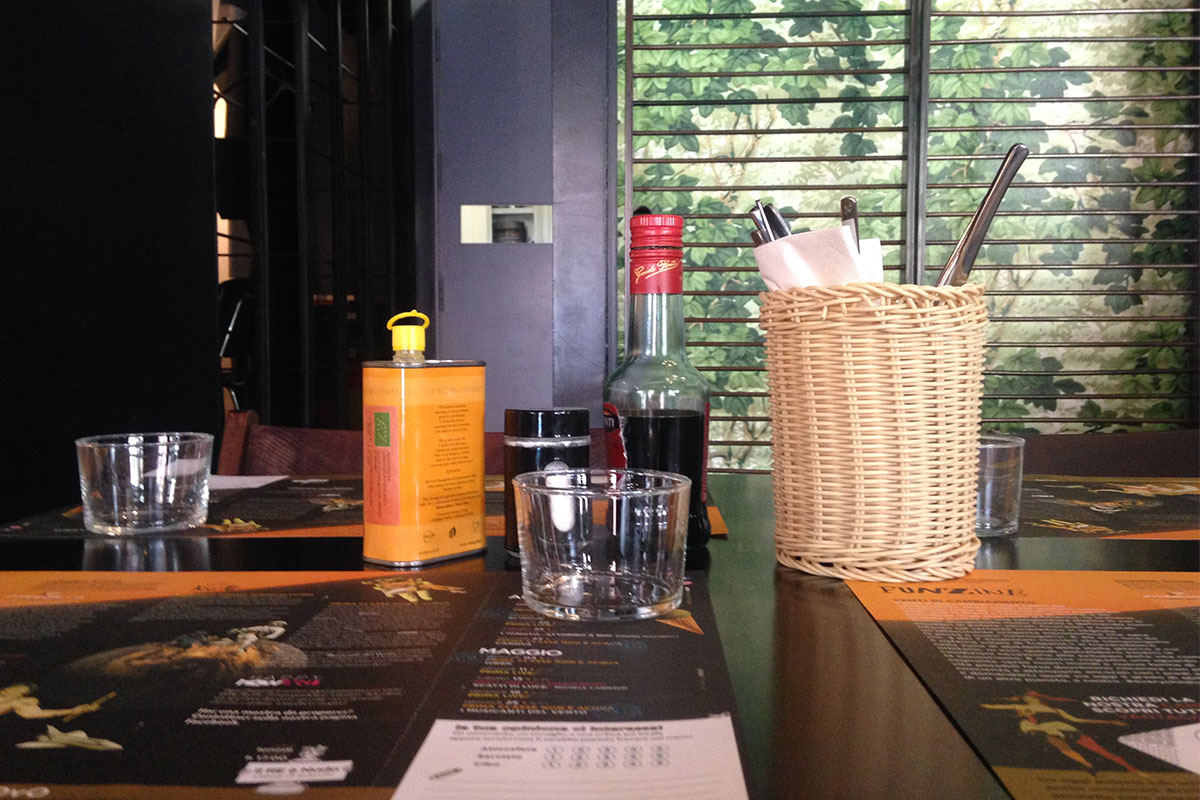 Just like the soil is a living mass of interacting beings, more synergies arose between their businesses and the neighbourhood.

The initiative they call “Our Glass for Your Preserves,” has them collecting glass containers and storage jars from their restaurants. Marco and Peppe then give them to the local ladies who need them for preserving tomato sauces and other foods. 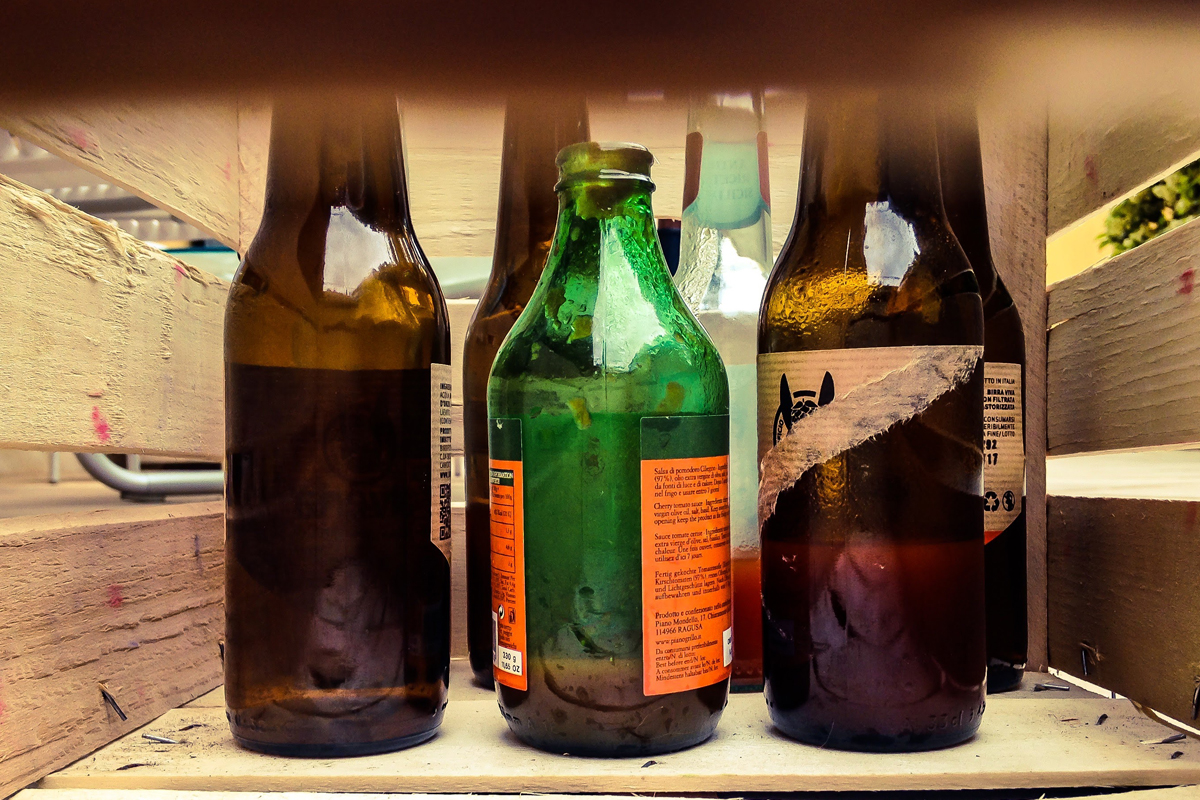 Until a few years ago, Ragusa was neglected. The town was nearly abandoned; people were moving away to find jobs. By starting and developing synergies throughout our neighbourhood, we created a ‘fertile soil’ for the blossoming of numerous projects.

This has changed the city. It’s become a dynamic place to live, not just for locals, but also for youngsters from all over Italy who want to settle.

Delicatessen’s wallpaper is inspired by the interior of a suitcase. That’s because when I decided to start a business in Ragusa, all my peers were moving away, looking for jobs somewhere else.

I stayed, and this is where I dropped off my suitcase. 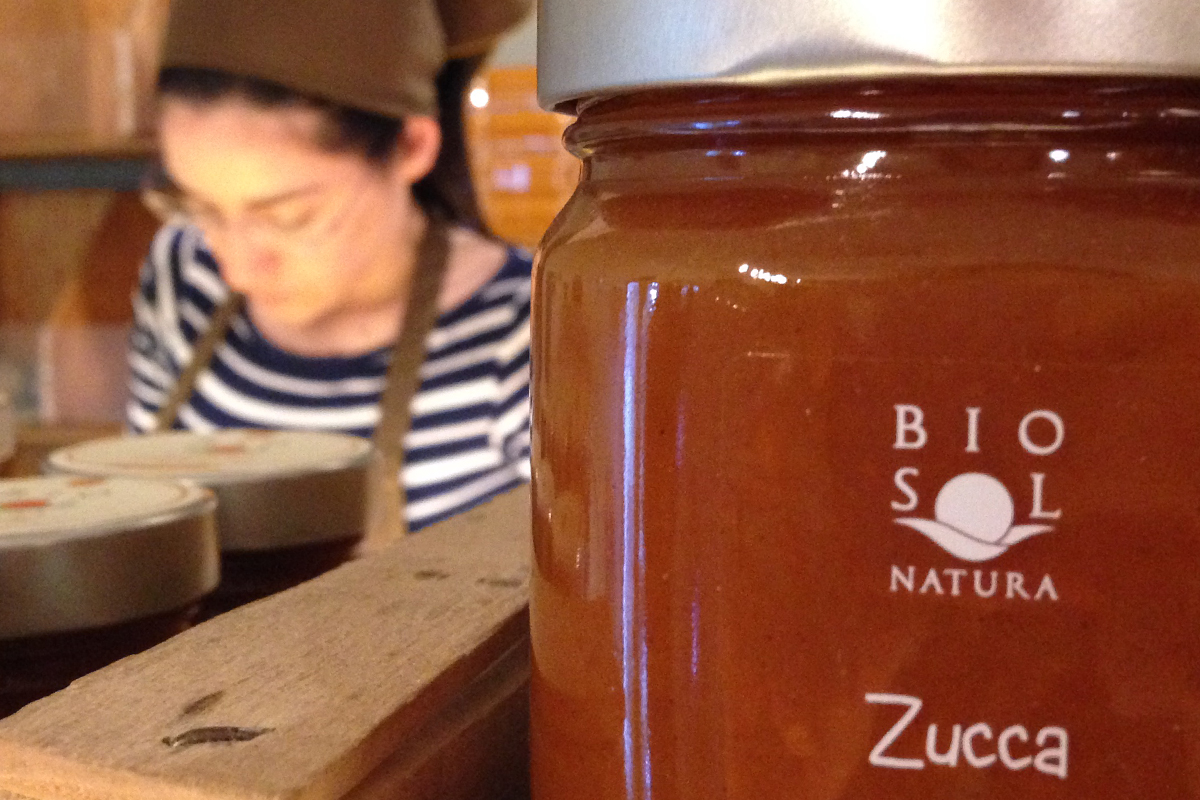 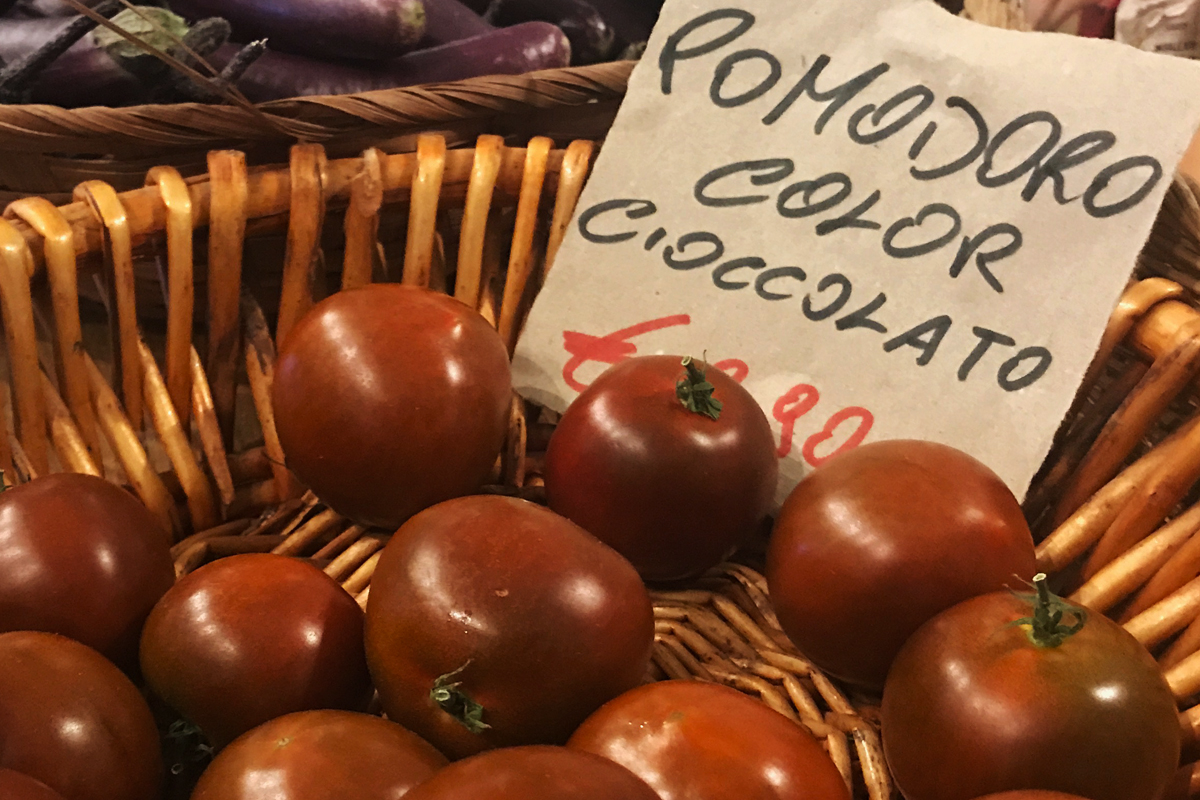 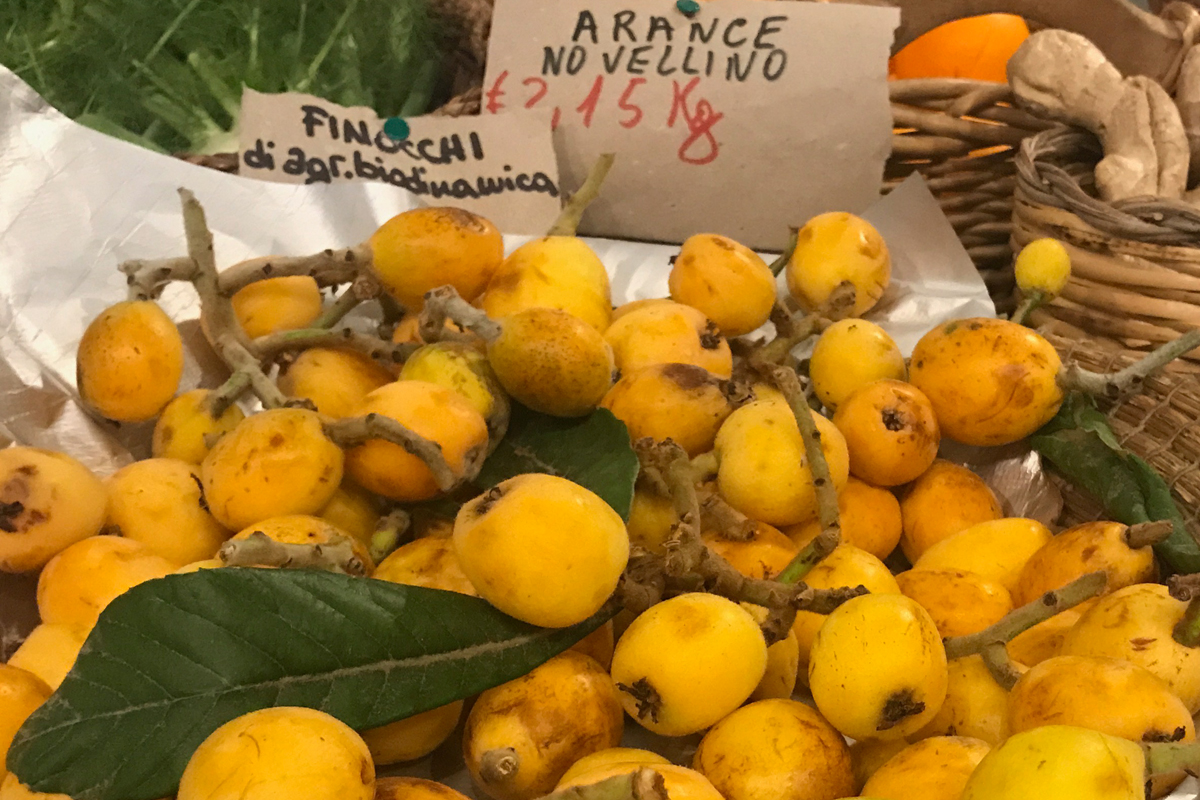 Both Delicatessen and Prima Classe use no plastic, and they collect rubbish separately, so they can reuse each material for a specific purpose.

The positive synergies created in the neighbourhood, as well as the synergies between their businesses and Peppe’s experimental synergetic garden, have allowed them to reduce energy use and waste production.

We decided to consume less, because consuming more isn’t sustainable at all. We do that from similar synergies in our businesses, as we’ve learned from gardening. We believe we can change things.

OVO Urban Development is a network of businesses in Ragusa that are committed to reducing their water and energy consumption and the production of waste.

So far, the OVO Urban Development Network is made up of: Delicatessen, Prima Classe, Le Formiche and La Sartoria Tattoo.