Mussel’s House: an example of capitalizing on local values respecting the environment

The Mussel’s House is a courageous private initiative that dates back to early 1990’s.
It is another example of capitalizing on local values and resources inherited by the collapsed communist regime as odd as it may seem. Unlike the usual entrepreneurial behaviour of almost three decades ago, when most of Albanians, Saranda locals in particular, left the country to overcome the economic hardship following the collapse of the communist regime, Mane family undertook the risk of staying home. 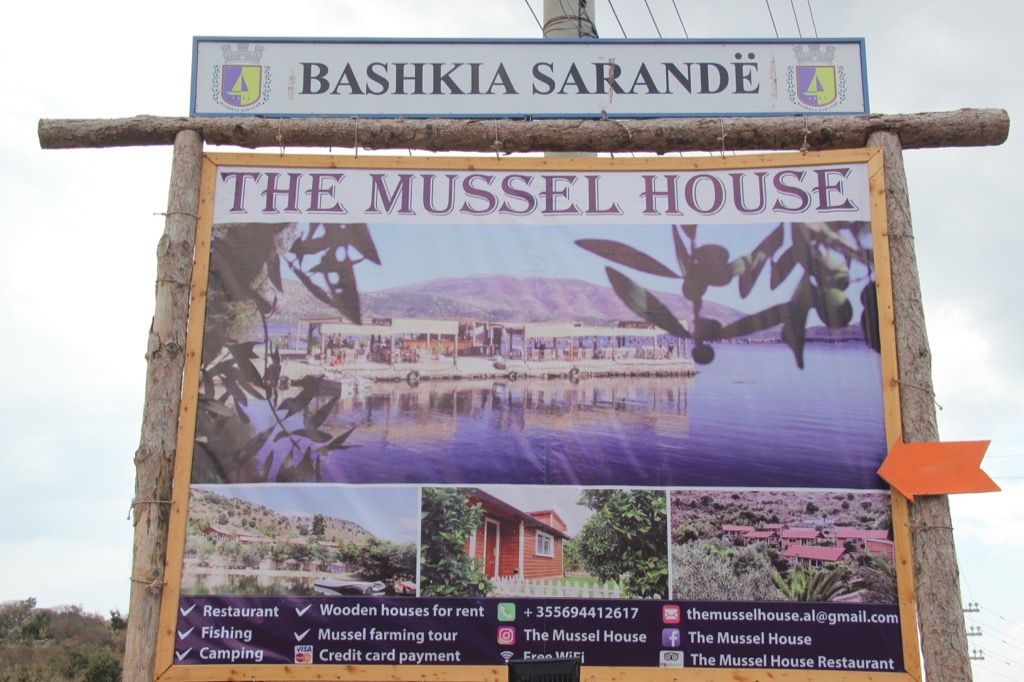 It must be emphasised that coming out of a centralised economy and a regime that exhausted individual’s property and resources, surviving on what back then was perceived as ruins, moreover feeding long term visions, required an entrepreneurial mind-set and a lot of sacrifice.
Under communism, mussel farming in Butrint Lake was considered an innovation and a sign of hope for a fragile isolated economy. Under Communism the state company of fisheries established 75 mussel plants in Butrinti Lake, a salt lagoon south of Saranda, located in direct proximity of the Ionian Sea. The lake is situated within the boundaries of Butrint National Park, recognised after the 90’s as a wetland of international importance by designation under the Ramsar Convention, an Important Bird, Fish and Plant Area that supports significant numbers of bird, fish and plant species, home to mussels of unique nutrition values. The ancient city of Butrint, a UNESCO site situated at the southern end of the lake gives Butrint area incomparable wealth and values for the region. Fisheries and food production has been and still is a very important pillar of the local and national economy. In particular during the difficult years of communism the mussel consisted of a very important food supply for the population filling the gap of the shortages in the market. It was almost a survival item.
In the early 90’s, as expected mussel cultivation took a downturn due to collapse of the regime and this state enterprises was open to privatisation as many others. Husein Mane, the visionary individual behind the Mussel’s House restaurant, is the owner of the few mussel farms that survived the destruction. He is also the representative of the 19th out of the first 100 businesses opened in Albania after the collapse of the communist regime, an indicator of a clear entrepreneurial orientation.
Husein loves everything he does and gets a merited reward in return. Obvious pride for Saranda, Butrint and the mussel business wraps his words. During the last decade his investment focussed on upgrading mussel farming in Butrint, but two years ago he turned the abandoned dock used for the embarkation of the mussel workers and load into a lovely restaurant catering to locals and foreigners for almost 9 months a year. This restaurant serves more as a showroom for the products of Saranda contributing towards the marketing of Saranda food and gastronomy. 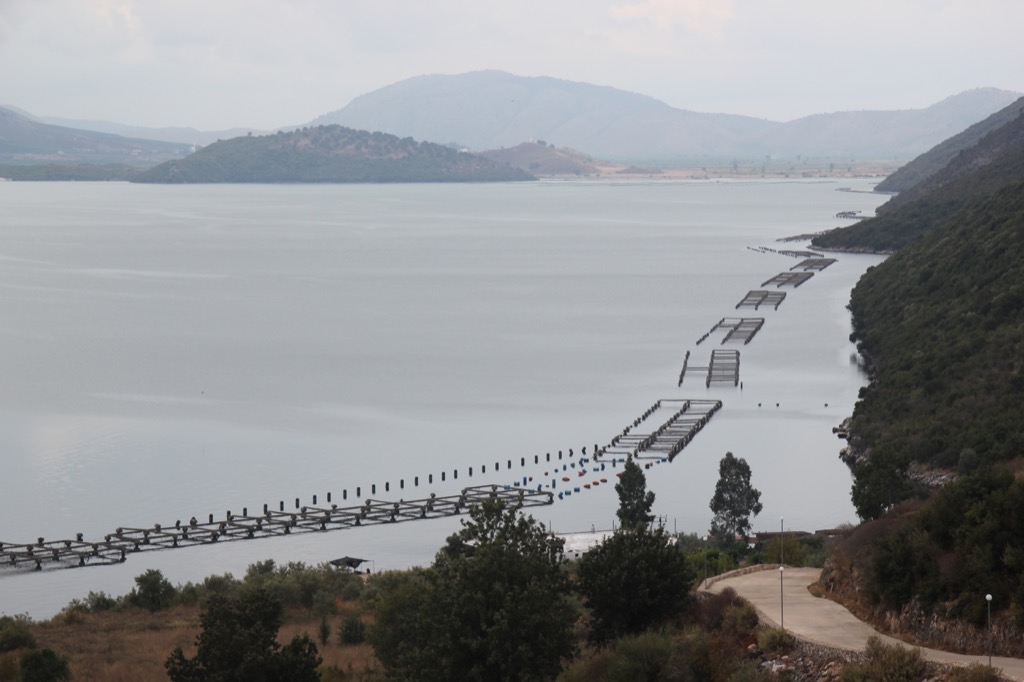 All four plants he owns produce 600 ton of mussel annually unless the salt levels balance is disturbed. The latter being one major threat for the farmers. Husein explains that mussel farming is still made by primitive techniques which shows a great deal of respect for the lake and the environment in general.
“To me the environment is sacred. It is my philosophy to protect the soil I eat from. Nothing in this place is wasted. In the contrary, all the organic waste is composted in specific spots around the restaurant and then used for the plant species in the garden.” 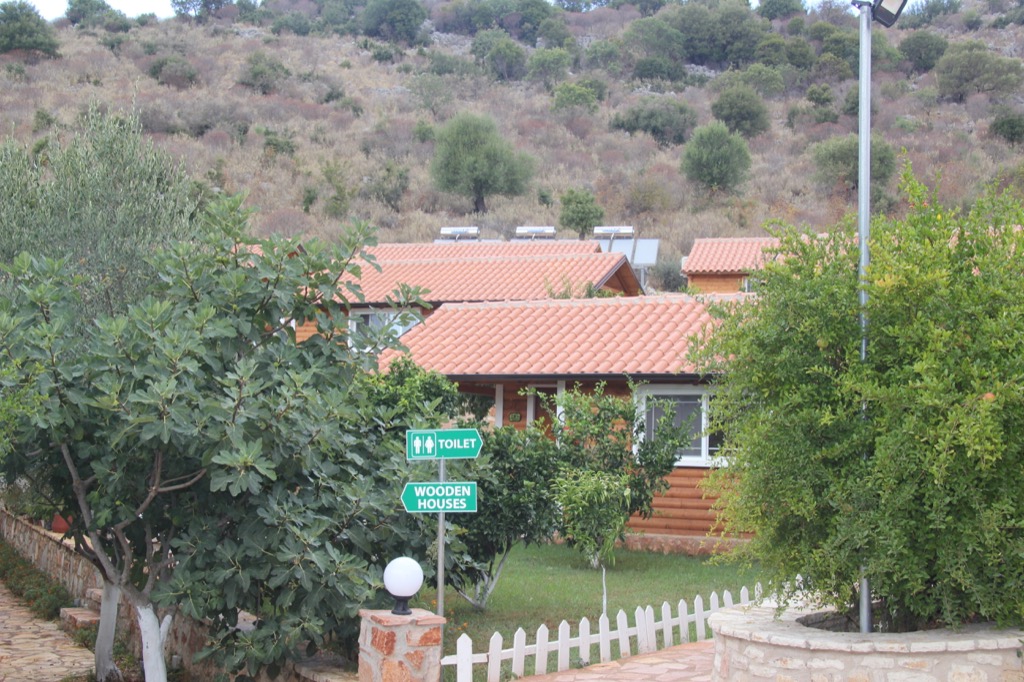 It is obvious that the owner is very keen on environmental initiatives. He plans to invest in a mussel shell crushing machine explaining nutrition values of this ingredient for the poultry. It is also obvious that in his efforts to improve mussel cultivation and marketing he does not look at his business as a separate initiative. He leads a group of other fish farmers and cultivators in the mission of supporting Butrint mussel farming to take an upturn. Expanding the market of the unique Butrint Mussel is the main challenge of this group due to the EU ban on mussels export imposed since 1994. Thanks to their efforts a centre for mussel collection and cleaning was built with the financial support of the European Commission. Ongoing analyses on their safety and quality are conducted in the centre.
Exporting to Kosovo is their ambitious objective. He promises to take this issue further while a young local waiter serves a delicious Mussel Kefte with a big smile.