Turning the historic harbor of Saranda, or what locals refer to as Limani, into the most popular place and socializing hotspot in town was the motivation leading Beqaj brothers to start up their family business. 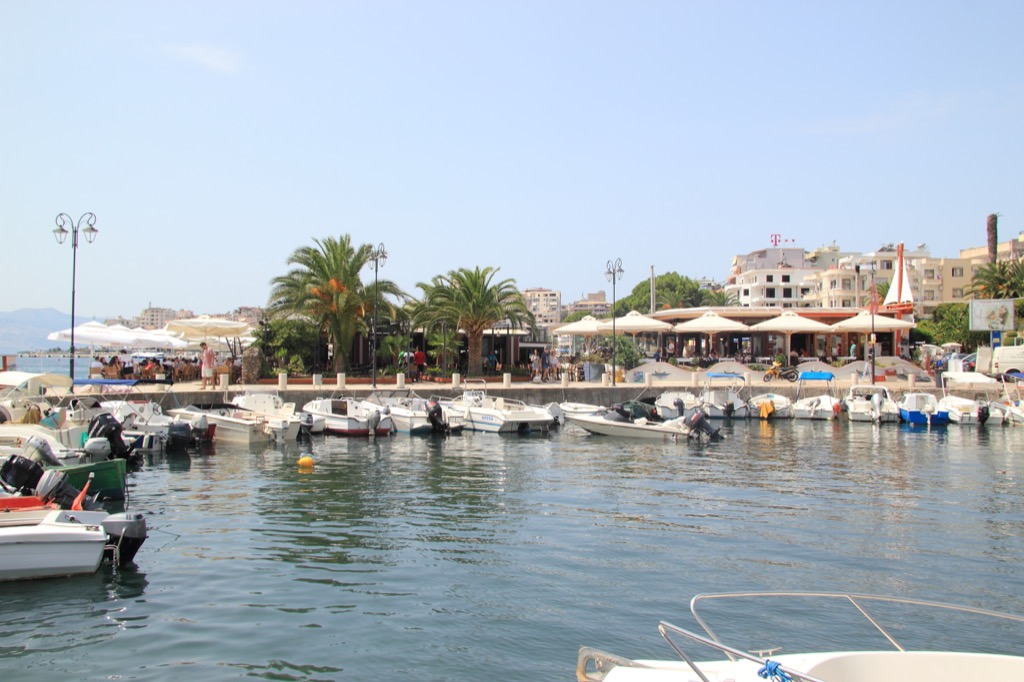 “On the verge of the collapse of the communist regime in early ‘90s Limani, like any other public landmark, risked transformation and deterioration. Albania was emerging then from a collapsed centralized economy where private initiatives were prohibited. In fact, it must be emphasized that those were the times when outbursts of anger and violation against anything sealed by the state were often demonstrated by groups of desperate individuals or vandals. It is therefore imaginable the scale of courage and vision one had to carry in order to undertake, maintain and manage a public property.” 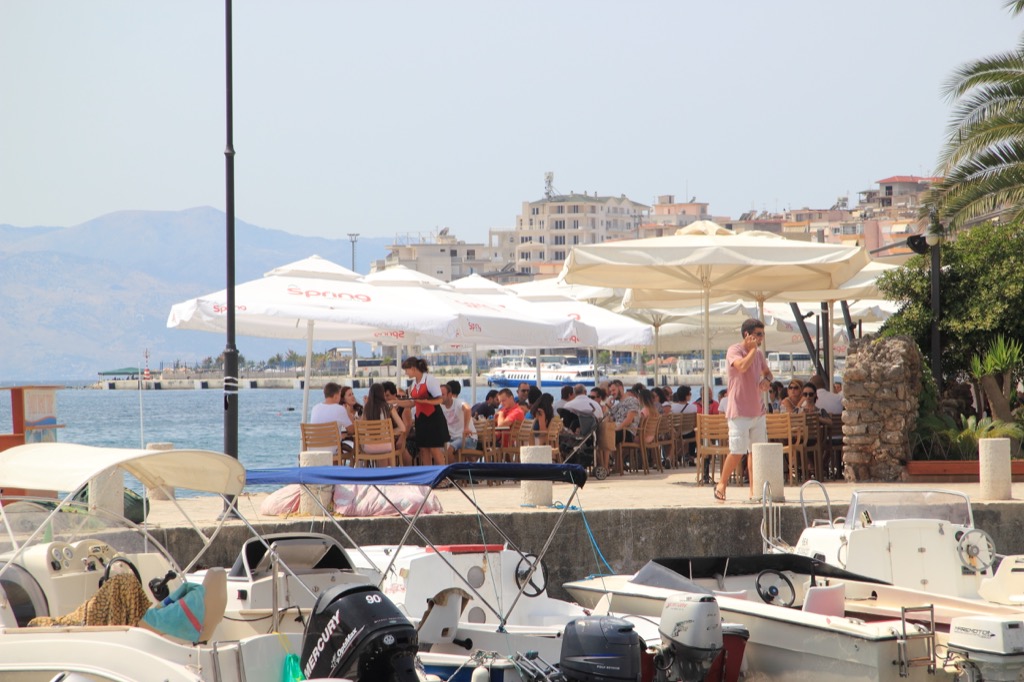 “The harbour, was originally built around 1930’s so before WWII and it is witness to Saranda’s past and its transformation over the 7 decades. Limani symbolized Saranda and its people, which historically served as an anchorage and a shelter to travelers and sailors. Therefore, our mission went beyond just establishing a business. Over the past two and a half decades that we have taken over Limani, we managed to revitalize this place preserving its aesthetic and authentic values while running a successful business rooted in a tradition that, as unusual as it may sound, flowered under communism.” 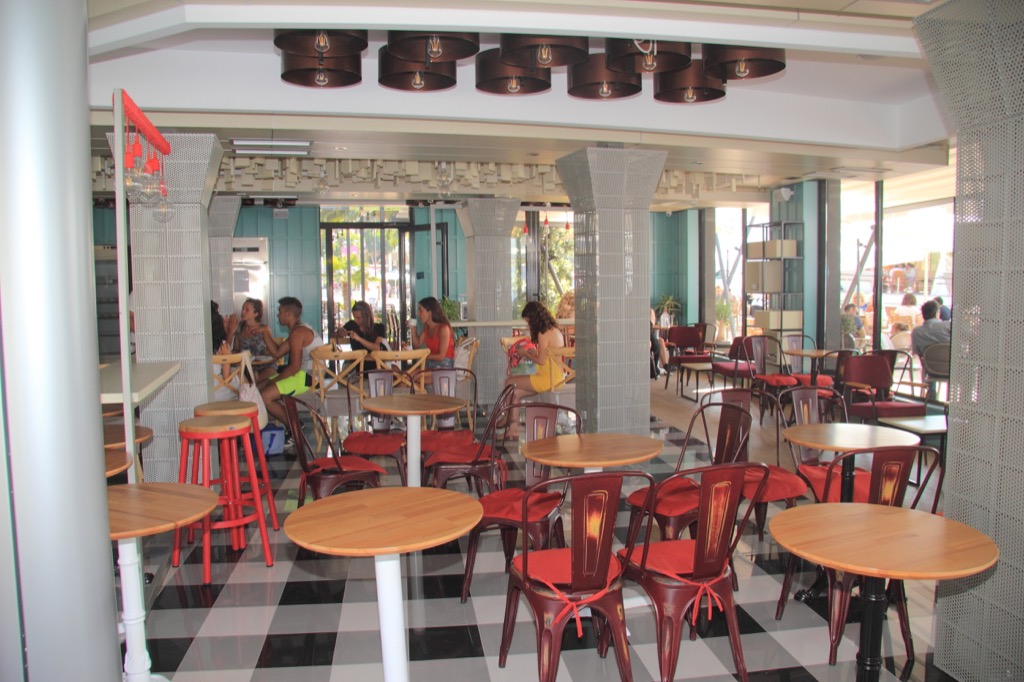 “The very modest cafeteria, bar and patisserie serving sweets, refreshment & spirits to only Albanian holiday makers in the 80’s (the country was still closed to the rest of the world) 25 years later evolved into a modern bar & restaurant, which still saves a section in the menu for the few authentic recipes that sweetened the taste of Albanians in the époque of scarcities and welcomes people from all corners of the world. This is our way of contributing towards the preservation of the town’s historic memory. In order neither to occupy nor to consume the old harbor as a landmark, we established a platform next to it where most of the activity occurs. An open air cinema is hosted in this platform displaying movies periodically. This feature was added in respect to the old summer cinema, one of the few places of entertainment for the locals demolished in the early ‘70s by the regime when the main promenade was extended to the width of today.” 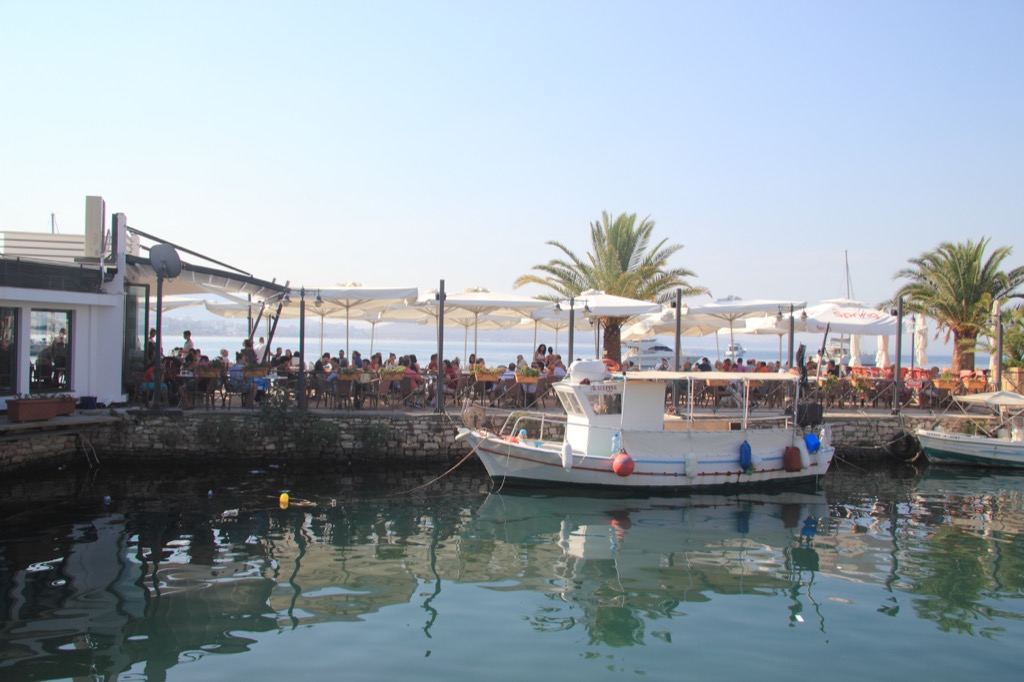 “With the opening of the country, Albania’s economy switched into free mode and consumption made its way in with a considerable negative impacts to follow. Caught by surprise we had very few options to consider in terms of managing resources and in particular waste. Therefore, we turned to tradition one more time. Beside scarcities under communism plastic was almost inexistent. So we decided from the very beginning to embrace a policy of using no-single use service items, reuse and reduce waste. We changed light bulbs, water taps and get supplies in containers. Above all we use fresh local products in the menu including fish caught by primitive means and sold at the very harbour by the local fisherman since this harbour still caters as a parking spot for their fishing boats. However, we think that our thriving policy and strategy is to hire young locals and unemployed women.” 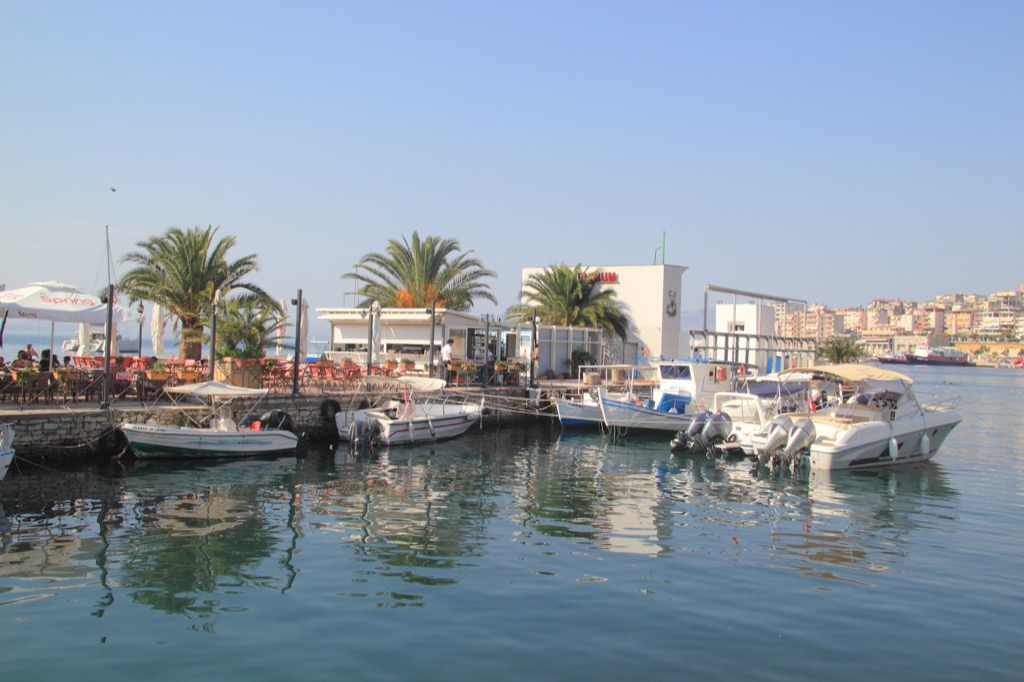 “Whoever visits Saranda today, by no exemption, knows Limani. Anchor your “boat” at Limani and enjoy XOUPA! Who knows you might meet someone you know here.”