Comiso is situated on the south-western slopes of the Iblei Mts. In a panoramic position dominating the valley of the Ippari river. According to the most reliable sources the town derives from the Roman settlement “yhomisus Kasmenarum”, built round a fountain dedicated to the goddess Diana, where some survivors took refuge after the distruction of the ancient “Kasmenai”.The development and the wealth of Comiso were due to the Naselli who became lords of the fief in 1423. They influenced a lot the local architecture, economy and society erecting public and private buildings, churches and new quarters. Moreover they renovated the old Bizantine castle in order to take up here their abode. The Naselli family supported the development of arts and crafts and had the culture of the religious communities spread thanks to many new monasteries and convents. The huge architectonical heritage has its centre in the two main churches, the Mother Church, dedicated to Santa Maria delle Stelle, and the Annunziata Church, both imposing and containing several masterpiece in the interior. Not less rich in historical and artistic evidences are the Santa Maria delle Grazie Church, the San Francesco all’ Immacolata Sanctuary with the annexed convent, real jewel of the sacred architecture in Comiso for the presence of the marble mausoleum of the Count Baldassarre Naselli made by Giacomo Gagini, the San Biagio Church, the XVII century Church of the Philippines Fathers, which boast a valuable painted wooden ceiling, and the Aragonese Castle. 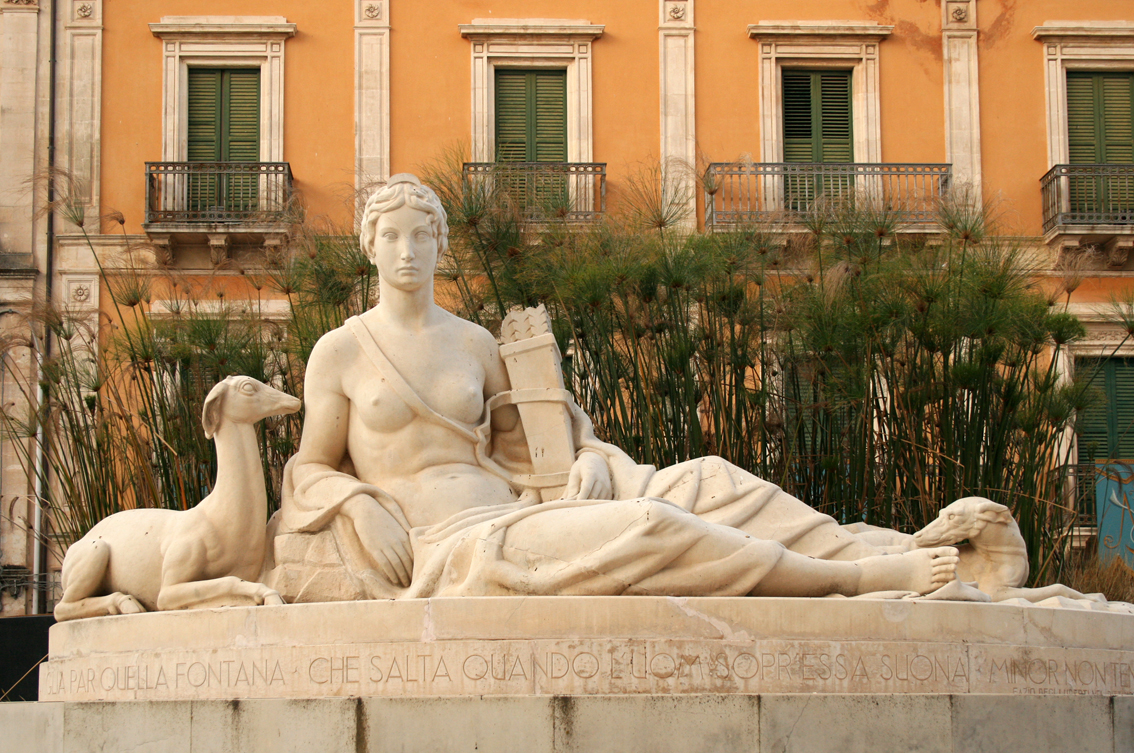 Heritage and symbol of the local history are the Fountain of Diana, situated in the square with the same name, the ruins of the II century Roman bath near here and the complex of the “Mercato Casmeneo”, an old Fish Market architectonically renovated and now used as seat of important institutions such as the Bufalino Library .

The so called Comiso-stone quarries have marked  the local economical and social history. It is a particular variety of Miocene age limestone in 24 stratifications that caracterizes the hills around Comiso with a total area of five kilometres. Its spread has been made possible not only by its properties, but above all by the local carvers’ ability, whose work has become a very rare and appreciated art.

An important structure is the AIRPORT, an old American military base, which can improve both economy and tourism in the whole province.